Opening show will be on December 6 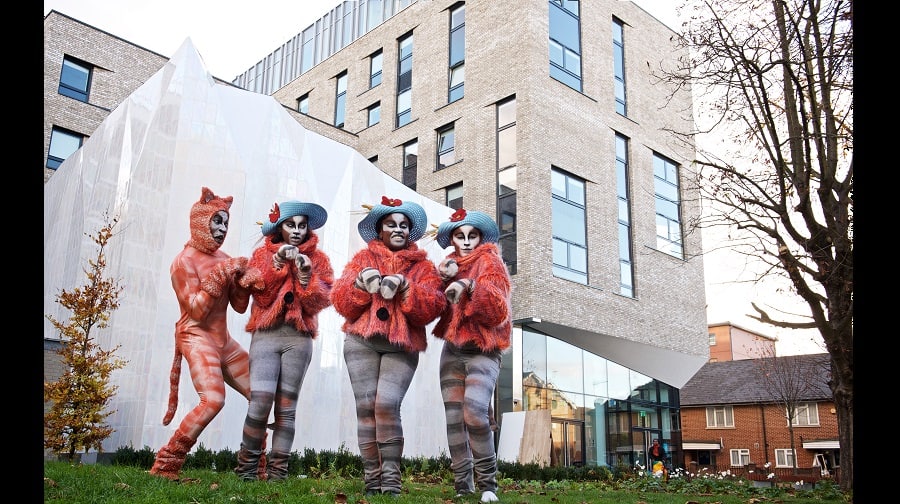 Theatre Peckham will welcome guests to the first production at its new home behind the former Town Hall in Havil Street, Camberwell, next week.

The first production to take over the stage will be Orlando and The Three Graces, starting December 6 and running until December 21.

Members are already getting to know their new venue as classes begin, and the Theatre Peckham team are now operational in the building, with the main hall and two studio spaces available for public hire.

Teresa Early, artistic director and director of Orlando and The Three Graces said: “After years of hard work from so many, it’s an exciting moment for the theatre company to perform our first production on the stage at our new theatre on Havil Street.

“Orlando and The Three Graces is a real Christmassy story, and as ever, a chance for the young people from our company to work with professional actors and take ownership of their new theatre.”

In the production, things get hairy for cockney cat Orlando and his family of three kittens when one of them discovers a magic potion. The only way to reverse the magic is to visit Santa Claws – a journey they must make with only a barrel of haddock milk to sustain them and the stars to guide them. Visit www.theatrepeckham.co.uk to book tickets: Adults for £9; Child £7; Gala £10.