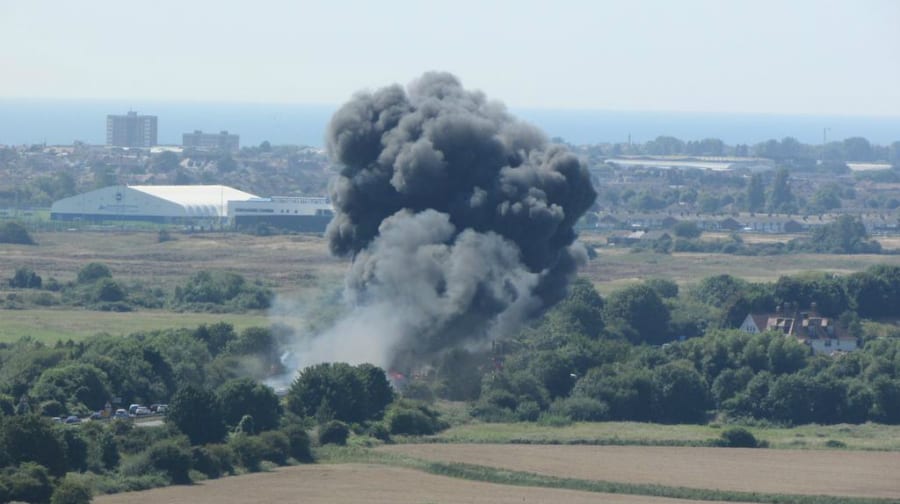 The Pearly King of Camberwell and Bermondsey has spoken of his horror after witnessing the tragic plane crash at the Shoreham Airshow last weekend.

Jimmy Jukes, who was running his UK Homes 4 Heroes charity stall at the event, watched the plane crash onto an A-road after a failed loop-the-loop on Saturday, killing at least eleven people.

He told the News: “I was standing outside our stall watching the plane with a customer. It came down and disappeared behind a bouncy castle that was blocking our view. The next second we saw a big puff of smoke and an explosion.

“In that split second I thought it might have been pyrotechnics because there had been some down that end of the site already, but really I knew what had happened. There was a big ball of flames. A lot of people just gasped, it was very sombre. Immediately after the crash I flew the charity’s flag at half-mast on our stall.”

Due to road closures, Jimmy spent the night at the site and left via a service road the following day, passing directly by the crash site.

“It wasn’t nice to see. There was debris everywhere and wreckage. If the plane had come down where the spectators where, thousands would’ve been killed. There were so many people packed in, it was like the East Street Market. It was a terrible thing to see.”