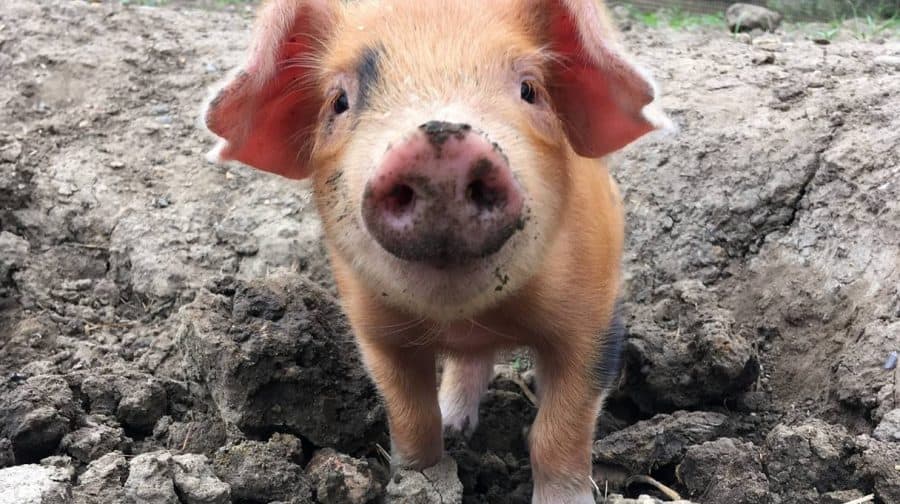 Eleven piglets stolen from Surrey Docks Farm on Friday have still not been found – meaning they are unlikely to have survived.

The two-week-old piglets need round-the-clock feeding from their mothers or they will struggle to survive.

The Oxford Sandy Black piglets have been a popular attractions at the community farm on Rotherhithe Street.

Staff were devastated to find on Saturday morning that they had been snatched from the farm’s two sows Winnie and Marmalade in the dead of the night. Farm manager Gemma Hooper, 33, last saw them when she locked up the farm at 7pm on Friday, 14 September, and they were gone when it reopened at 8am the following morning.

There were no signs of forced entry or a break-in, and nothing had been picked up on farm’s CCTV cameras.

Rotherhithe Street is quiet, but staff are eager for anyone who saw anything on Friday night to get in touch and are convinced that people must have heard eleven squealing piglets.

The fact that whoever snatched the piglets avoided the main routes in and out of the farm to evade capture on the CCTV and did not nab all of them – leaving another eleven piglets behind – has puzzled staff, who have said whoever carried out the raid even left the place tidy and shut things up before heading off. According to Rachel Smith, 46, one of the weekend managers, attempts to canvass witnesses from the nearby flats have so far proven fruitless.

“We do have CCTV but unfortunately not on the pig pens, but the police are doing a full investigation.

“It’s difficult to speculate who they were, but we are just so desperate to find them. Unless, whoever stole them knows how to take care of them, without their mothers feeding them they will die.

“We are absolutely devastated here and have had loads of support on social media from the local community. ”

On a website dedicated to finding the missing piggies, the charity said: “We still have some piglets left and have added new padlocks onto their barn to keep them safe.

“We will be reviewing our current security set up and looking at areas to improve. However, we’re a small charity and this year funds are particularly tight, as several grants have come to an end and costs keep rising.

“We would welcome any support from security companies that could help us improve the site – whilst keeping running costs at a minimum.”

The Met Police confirmed that officers were called to reports of a burglary at the Rotherhithe address at around 11:45am on Saturday.