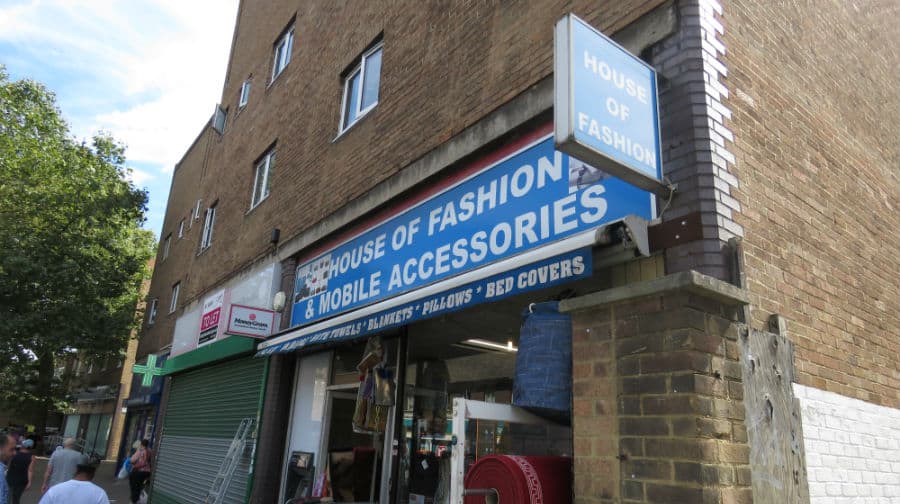 Thieves hammered their way through a Bermondsey shop wall, creating a hole big enough for them to squeeze through and make off with bags full of mobile phones – after previous break-ins through the roof and fire exit.

Reminiscent of the Hatton Garden Heist last year, where criminals drilled through a concrete wall to gain access to a jewellers, the criminals crawled through thick bushes behind House of Fashion in Southwark Park Road and knocked through a three-layer-thick brick wall overnight.

House of Fashion – the hole made by the theives

When shop owner Zamray Khan came across the hole on Monday morning on August 22, he found large amounts of stock missing, with a vacuum cleaner by the entry point abandoned by the criminals due to its size.

Mr Khan told the News as the wall was repaired that this was the fourth time the shop had been burgled in the last five years.

He said: “It happened on Sunday night and in the morning we opened the shop and saw they had taken mobiles and mobile accessories. We thought to ourselves ‘how did they come in and from where?’. When I came into the shop more I saw the hole in the shop and called the police.

“After ten minutes the police came and officers checked finger prints. We have lost a lot of money. In the last five years they [thieves] came through the roof and through the fire exit. It stopped for two years then this happened.

“It’s not a small problem as it makes me lose a lot of money. How long can you continue to let this happen?

“You can’t go to sleep because of what might happen again. It’s not a joke.”

A builder repairing the wall said the thieves must have had tools to break through the wall.

A police spokesperson said that there had been no arrests so far and that enquiries were ongoing.