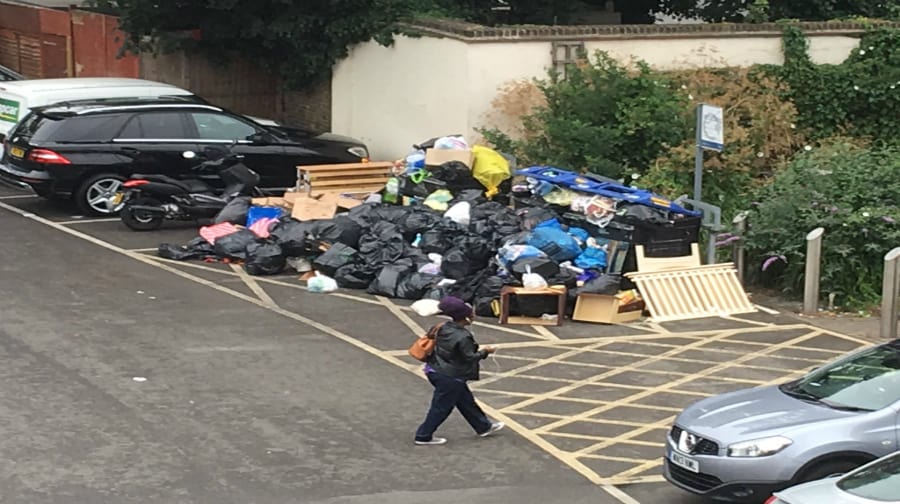 A vast pile of rubbish was cleared from a busy Peckham car park after a resident alerted Southwark Council through Twitter, Anthony Phillips writes.

Dozens of rubbish bags were left at a recycling point in Choumert Grove car park near, Peckham Rye train station.

The resident posted the image to Twitter, brandishing the site as a “dump.”

They said: “I thought, for God’s sakes this is ridiculous. You would think it’s the 1970s. Hopefully Southwark Council will get their act together.”

The resident said that such a build-up of rubbish has never happened before, but said it came after the recycling bins were moved from one side of the car park to the other.

After the council was alerted to the issue the rubbish was soon cleared by Veolia, which collects Southwark’s rubbish and recycling.

Southwark Council said the site is cleared regularly, but the 120 space car park is being carefully monitored and steps are being taken to resolve the matter in the long term.

The Twitter user, who could see the rubbish from their bedroom window, said they were pleased with the swift response of the council via Twitter and clearance of the rubbish.