“He was thinking of others all the time”: Family pay loving tribute to Jack Wells 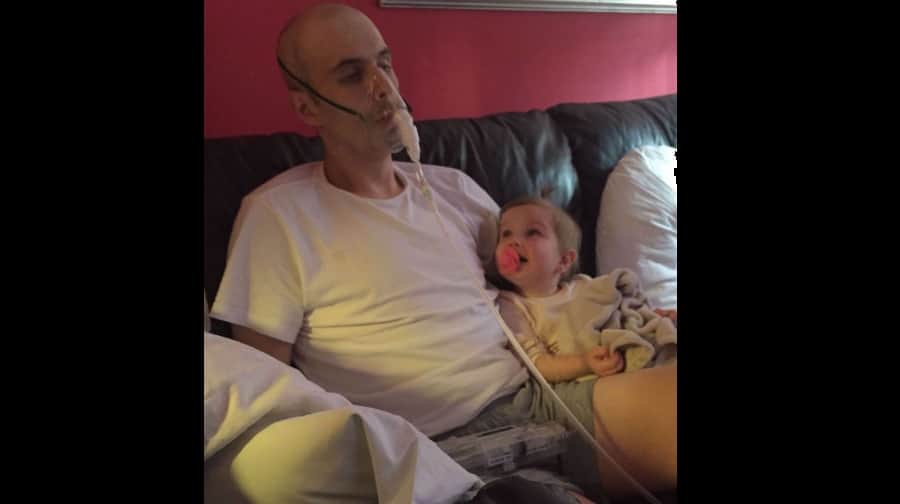 Jack Wells’ family have paid tribute to a loving father and dedicated friend, saying he “kept his sense of humour and kept trying to laugh” right up until he passed away from terminal cancer.

Jack, 23, was diagnosed with Ewing’s sarcoma, a rare bone disease, at the beginning of 2015 and spent the rest of his life raising money to make memories with his three-year-old daughter, Scarlett.

He died before he was able to fulfil every wish, however, on June 27 at 6:45am under the care of St Christopher’s Hospice, Sydenham, where he was sedated for comfort and watched over by his mum, Veronica.

“I was up right through the night watching him. He was thinking of others all of the time,” she said.

“He just wanted it to be me and him. He wanted to be sedated and he was in a comfortable sleep. He was breathing then stopping, then breathing again.

“The hospice did everything for him.”

Born on July 1, Jack was an unashamed “mummy’s boy” and remained committed to his family and his friends, none more so than his daughter.

Veronica said: “On the day that he was given hours to live, all he wanted was to see Scarlett. Even with all the drugs he managed to sit up and hug her.

“He kissed and cuddled Scarlett. When he was well he used to jump her and scare her to make her laugh.”

“He loved his daughter. She will come here now and probably say “where’s daddy? Where’s daddy? And he’s not going to be here,” added George, Jack’s stepdad.

George met Jack when he was five-years-old and proudly watched him grow up.

“He was five when I first met him. I just didn’t think this would happen. He grew up and got on with everything, getting a job with the council. He loved football and computer games,” he said.

“I didn’t want to accept it when he was diagnosed but Veronica told me he would die eventually. I just remember seeing Jack get up and have a bath, have a drink and get on with it though so I thought the day would never come.

“But once months started passing I saw little changes. Then I thought his mum was right.”

Jack was full of energy from a young age which sometimes saw him end up in trouble, such as breaking his ankles numerous times playing football.

His sense of adventure would often see a young Jack tell his family how he would grow up to be anything from a sports star to a policeman.

Veronica said: “You name it he wanted to be it when he was little. Policeman, fireman or footballer. The last one didn’t work out because he was always in a cast.”

Jack grew up with his younger sister Becky, who admired his ability to carry on no matter the weather and his cheeky sense of humour.

Becky said: “We used to muck about a lot around our mum. He used to poke me to get me annoyed and mum would tell us to shut up.

“He was a nice hearted boy with loads of friends. If you didn’t know he had cancer you would not think he did by the way he was.

As Jack’s cancer turned terminal in May this year, his focus remained on trying to enjoy life to the best of his ability and create memories with Scarlett.

His uncle, Ian Wells, spoilt Jack with attention since he was born, taking him on holidays to Disneyland and Spain, and in Jack’s final days went one step further and organised a last trip to Amsterdam.

Through the kindness of strangers, family and close-friends, Jack was also able to enjoy the chance to drive a Mercedes, but he was unfortunately too ill to go on a hot air balloon ride or go on a VIP safari trip with Scarlett.

His friendliness was infectious wherever he went though and he always managed “to put a smile on doctors and nurses in hospital”.

The money that was raised will now be split in half, with one share going to St Christopher’s Hospice and the rest going toward Scarlett’s future.

Jack will be cremated on Friday July 15 at Honor Oak Crematorium, with a wake at the Stanley Arms afterwards.

The family have asked that instead of flowers, donations would be welcome for St Christopher’s Hospice and Scarlett’s fund. To donate, please contact Gary Valentine-Fuller on 01689 798 448.

Members of the community and friends of Jack paid tribute on Facebook, including Jamal Edwards, a popular music entrepreneur who met Jack while visiting hospital. Jamal took a liking to him and helped arrange a VIP trip to see Ed Sheeran last year.

Jamal Edwards posted: “I met Jack a little while back he was suffering with Metastatic Ewing’s Sarcoma cancer that was incurable. Yet what I remember about Jack is he had all the hope in the world especially when it came to his daughter.

“We bonded over the phone & had regular conversations as well as inviting him out places with me, the world has really lost a positive soul. With everything that he was going through, he still managed to check in with how I was doing & how my mums cancer was, he was a fun cheery character & I will never forget him for that.”

Steven Small said: “Jack was a friend of mine he never complained once he just took it all in his stride brave man R.I.P mate.”

The MumMum Foundation, who helped arrange for a VIP trip to Woburn Safari Park for Jack and his family, have said they will still take Scarlett.

Gary Valentine-Fuller, who founded the charity and gave it his nan’s nickname, said: “I was deeply saddened to hear of Jack’s passing. We spoke a couple of weeks ago on the phone; he wanted to thank me for thinking of him and his little girl.

“I was so truly humbled and with a lump in my throat I replied, ‘I would want someone to think of me if I was poorly’ and assured him that The MumMum Foundation would do everything in our power to help him achieve his last wishes with his little girl; We hoped that the safari we were planning was going to be the first of many bucket-listers and it broke our hearts that he sadly lost his brave fight to cancer before we could even get him there.

“Jack’s family have asked me to conduct his funeral, which I consider a great honour.

“It was heart breaking to witness his family celebrate his 24th Birthday in our family funeral home on Friday, but they said that Jack wouldn’t of wanted it any other way. His family are the most beautiful and strongest people you could ever meet.  Bermondsey has lost one of its last remaining treasures. My thoughts and prayers are with his family and friends at this very sad time.

“May he sleep in perfect peace. ‘Please say hello to MumMum for me’.” 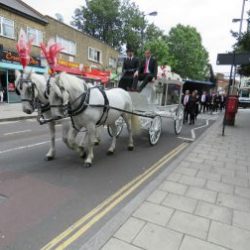 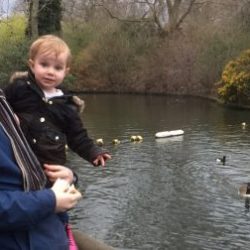 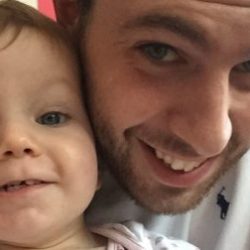 Southwark NewsNewsJack Wells“He was thinking of others all the time”: Family pay loving tribute to Jack Wells