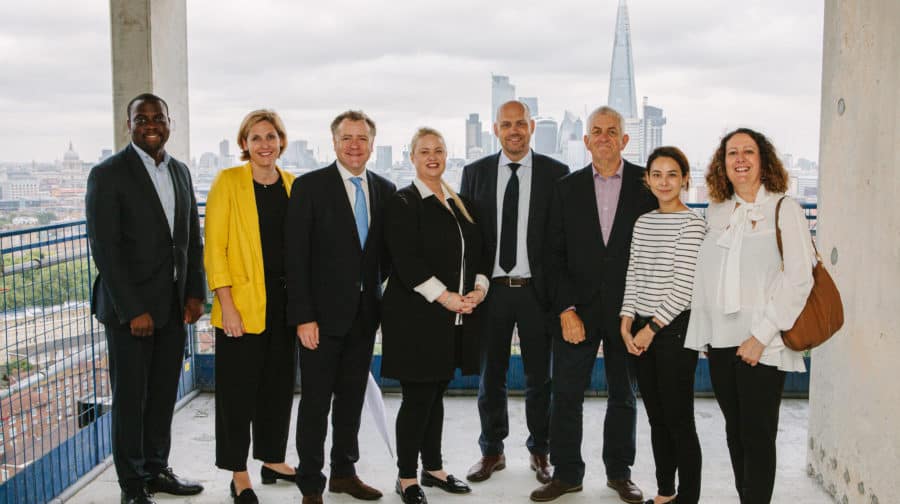 Lendlease and Southwark Council celebrate the 'topping out'

This third phase of the £2.3 billion development in Elephant and Castle marks the construction of 829 flats in two 24-storey towers and nine mansion blocks, and retail and leisure units.

Southwark Council leader Peter John was among those celebrating the milestone last week.

Victoria Quinlan, Managing Director, Investment Management (Europe) at Lendlease, said: “This is a significant milestone in the construction of Elephant Park.

“It has only been made possible through the hard work and dedication of our teams and supply chain, and our strong partnerships with Canada Pension Plan Investment Board and Southwark Council.

“With more than 1,300 homes now complete and retailers beginning to open their doors, Elephant Park is now evolving as a truly mixed-use destination, and we look forward to welcoming new residents to our first build-to-rent scheme.”

Elephant Park is the controversial regeneration of the former Heygate Estate.

According to Lendlease’s latest plans, across the total scheme, which includes 2,689 homes, 541 are classed as ‘affordable’ of which 92 will be for social rent.

Although there will be more council homes than originally earmarked in 2013, the trade off is fewer in the ‘affordable’ bracket overall, reducing from the 570 originally mooted.

Housing activists from the 35 % campaign are pushing the developer and council to include 84 more affordable homes.

“We’re at the half-way point in delivering Elephant Park in London where we are delivering 25 per cent affordable housing, as specified by Southwark Council.”