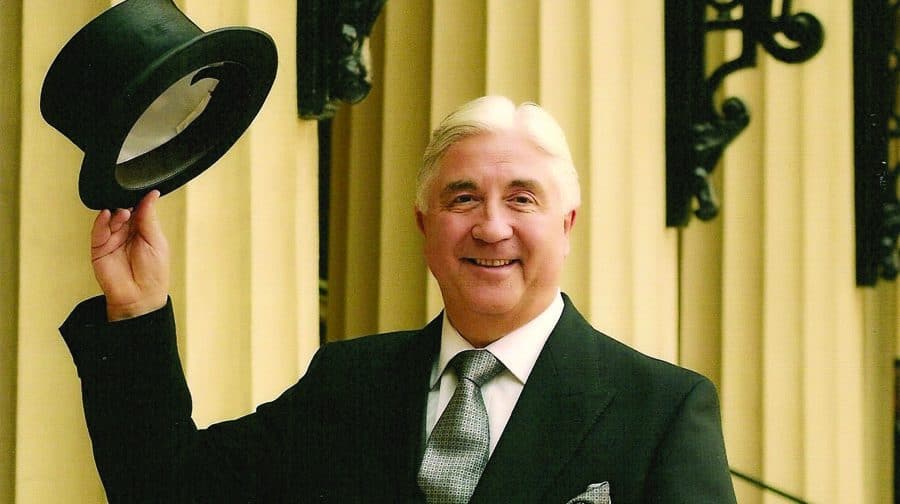 This week marked the third anniversary of the death of much-loved funeral director Barry Albin-Dyer and despite calls for a park to be named after him, no fixed memorial has been agreed.

This week his sons Simon and Jon Dyer told the News that they would like local people to decide a fitting place and memorial.

His premature death of brain cancer at 64-years of age saw a huge outpouring of grief in Bermondsey.

Local people lined the streets and special screens had to be erected outside Holy Trinity Church in Dockhead, Bermondsey, to allow people to watch his funeral, which included condolences to the family from the Queen and a reading from Margaret Thatcher’s son, Mark Thatcher.

Earlier in the procession a crowd of hundreds gathered at the Blue in Southwark Park Road, where Barry’s reading of the poem ‘Bermondsey my Bermondsey’ was played and doves were released.

Apart from laying to rest thousands of local people, Barry created a memorial garden on the edge of Southwark Park to allow local people to come together and place ashes to their loved ones. On an international scale the grandfather-of-nine set up Albin’s International Repatriation Service (AIR), which has resulted in every member of the armed forces killed in active duty in recent years coming back to their chapel of rest, off Lower Road.

An avid Fisher FC supporter and on the club’s board, local people campaigned for a new park to be named after him on the site of the former ground. However, the council decided last September to name it Mayflower Park, to coincide with the Mayflower celebrations and offered to name the stand in Fisher‘s new ground after Barry instead.

As Barry was not involved and died before the new ground was built Simon and Jon are asking all local people and those who campaigned for the park to come up with the most fitting place and memorial for their father.

You can make your suggestion to the News by emailing news@southwarknews.co.uk