The cause is thought to be a deep fat fryer 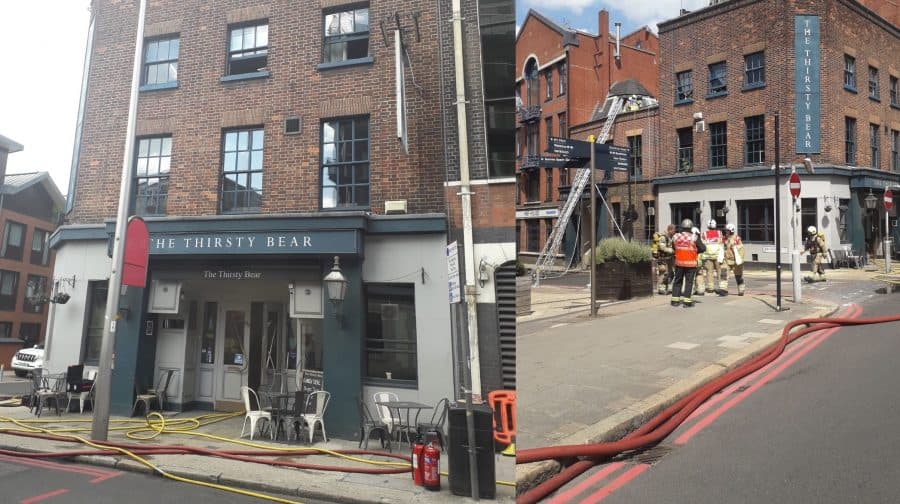 Firefighters raced to tackle an afternoon blaze at the Thirsty Bear pub in Stamford Street, Waterloo, with luckily no reported injuries.

Investigators believe the fire was caused by an electric deep-fat fryer at the kitchen of the pub on the afternoon of Wednesday July 22.

“The road was closed between Blackfriars Bridge and Waterloo Roundabout whilst crews worked to make the scene safe,” said station commander David Bracewell, who was at the scene.

For landlord Ali Rees the blaze comes after months of lockdown and says he hopes to open as soon as possible, although the pub remains shut. It was one of the first self-service beer pubs in the country.

He told the News the cause of the blaze is still being investigated but is confident all fire safety and other procedures including cleaning extractor fans were carried out. He praised the speedy work of firefighters.

In a statement released after the blaze Commander Bracewell he said: “We’d like to remind restaurant and takeaway owners to make sure that they don’t have dirty ducting. If you don’t clean your extraction system regularly, you’re at a greater risk of ducting fires.” And the brigade issued safety tips on its site on using deep-fat friers.

Six fire engines and 40 firefighters were called to the pub fire.

The Brigade was called just before 1pm, and the fire was under control by 2.45pm.