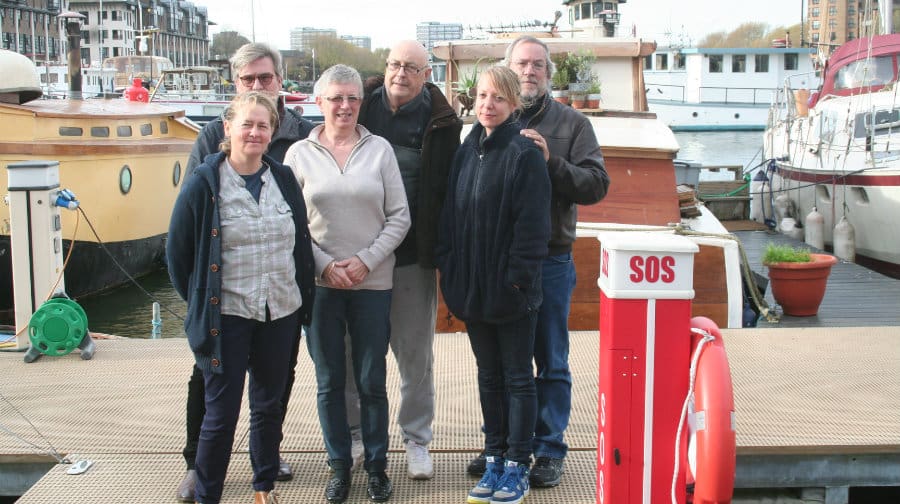 South Dock Marina berth holders are considering taking legal action against Southwark Council, after claiming mooring fees were hiked up to 24 per cent on top of their usual annual increase without proper consultation.

Southwark Council’s Scrutiny Committee recommended better consultation with people living on the boats in September, but despite five meetings being held with councillor Darren Merrill, Southwark Cabinet Member for Environment and the Public Realm, before then, none have been held since, say the berth holders.

Allen Atwell, chair of the South Dock Marina Berth Holders’ Association, said: “A meeting has been arranged now, which is good, but we needed it three months ago. Cllr Merrill has said that he ‘repeatedly’ tried to contact us – this is not true.

“We asked to postpone the increase until after a proper consultation could take place, but that was ignored.”

He said that the marina community, which includes three lawyers, were now considering legal action against the increase, which he said was based on an “off-the-cuff” analysis.

He said: “Cllr Merrill looked at Poplar and Limehouse for rent price comparison, it was off-the-cuff and not accurate. The problem here is that we’re walking a tightrope. We want to work with the council but we can’t. The berth holders are understanding, we know that an increase is necessary, but 24% in one go is too much, and some of the residents are now going to be forced out.”

Leader of Southwark Lib Dems and scrutiny committee member, Anood Al-Samerai, said: “It seems the council’s only interest is milking as much as possible out of the South Dock Marina residents, possibly confusing them with St. Tropez just because they have a boat.

“Promises were made in September that the council would look again and listen to residents, but this has not happened and the council has tried to pretend it was residents’ fault.”

In response, Cllr Merrill said: “The council is having to make some difficult decisions about its fees and charges across the board, and for some services that means increasing fees, that have been historically low, to something closer to the London average. We know that won’t be welcomed by those negatively affected, but actually the recent change to marina fees did benefit the most vulnerable residents, who will see a decrease in their fees.

“We now have three meetings in the diary with marina residents, the first next week, to discuss next year’s fees. We want to work with residents to ensure they are charged a fair rate for a very good service, which we continue to invest in.”