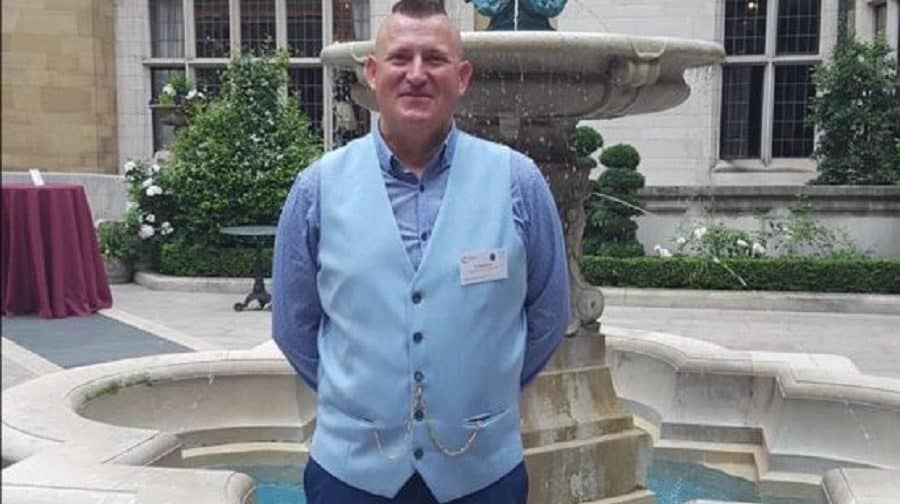 Millwall season ticket holder, Ty, had booked a 'final' holiday to Kos after being told his cancer was terminal - but it has now been cancelled

Season ticket-holder, Ty Hemblade, and wife Sam were due to fly to Kos in Greece on Monday with family to enjoy a final break together after he was sadly told his cancer was terminal.

“When we found out the news, everyone wanted to come,” the 52-year-old told the News. “It was going to be one final family bash.

“There’s people worse off than us with this Thomas Cook situation, but there’s no guarantee I will get another holiday next year. It just hits you.

“We [me and Sam] always go to Kos, but the kids have never been there. Because of the circumstances, we thought, ‘why not do our last big one in a place we know and love’?” Ty, pictured several years ago with wife Sam in Kos

Former firefighter Ty, who lives in Chatham, Kent, stopped treatment two months ago after doctors told him there was nothing more they could do for his illness.

“I’ve got renal cancer and secondary lung cancer and there’s modules in my liver as well,” he said. “There’s no operation they can do now, it’s in the system, that’s it.

“It’s all about quality of life now, that’s what it’s about.”

Doctors are not able to tell Ty, who has formerly won an award for volunteering with Cancer Research UK, exactly how long he has left to live.

Wife Sam, a nanny, had worked “days, nights and weekends” said Ty in order to be able to afford the ten-day break to the Greek island, which cost about £350 a head.

“She’s been working her nuts off to get this holiday, I think the situation is affecting her as well.”

Now friends from The Den have rallied around Ty to fund another final holiday with his family at the time they have all booked off work. The family are still hoping to get away – but have encountered difficulties finding flights, as other airlines have hiked up their prices in the wake of Thomas Cook’s collapse. The price spike has led to accusations of ‘profiteering’ out of holiday-makers’ misery.

Ty paid tribute to Milwall fans for their donations to the fundraiser, many of whom he says are strangers.

“I’m totally amazed,” he said. “Everyone knows that Milwall sticks with Millwall. There’s a whole lot of things that fans do that doesn’t get the attention it deserves.”

“Everyone should know what Millwall does for others,” he added.

If you wish to donate to the cause, you can find a fundraising page here.