The 1000lb explosive was uncovered by construction workers in Grange Walk, 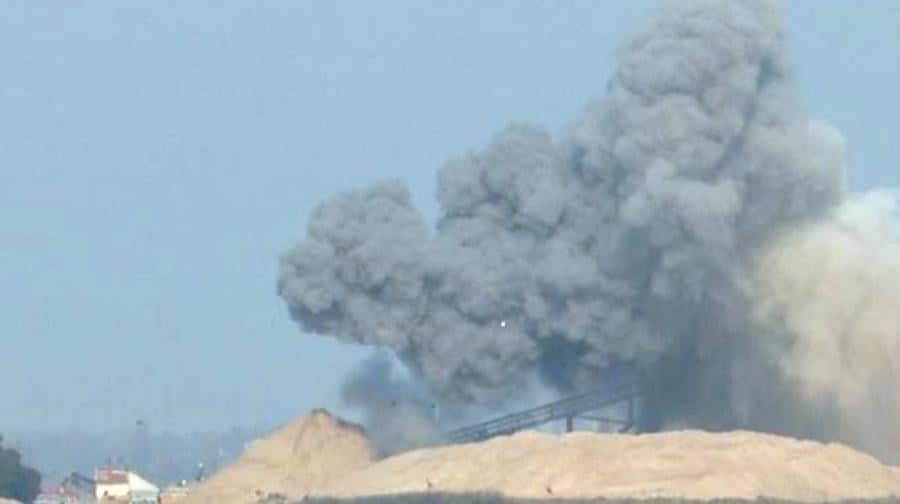 Bermondsey residents were shell-shocked on Monday when an unexploded, 1000lb World War Two bomb was unearthed in a building site in Grange Walk.

Homes and businesses were hastily evacuated and hundreds of school-children from Harris Academy, Kintore Way Children’s Home and Boutcher Primary School were forced to flee their classrooms to safety.

The explosive was discovered in the morning by construction workers, who reportedly cracked the casing of the missile while working at the site of the former Southwark Irish Pensioners’  Centre.

A huge swathe of Bermondsey was quickly sealed off by police, causing traffic chaos across London’s roads. Tower Bridge was closed in both directions.

Denise Cross, an employee at West Leigh Windows in Plough Lane, was evacuated at around 10.30am.

She told the News: “I heard something about a bomb but didn’t realise it was this serious. Then the police came in and told us we had to go. We couldn’t believe it.”

Bomb disposal and army units arrived in the afternoon to assess the situation.

Throughout Monday night police went door-to-door in streets close to the bomb telling people to evacuate by 8am the following morning, when the disarming operation would begin.

Posters put up by police said that nearby buildings would be “significantly damaged” or “destroyed” if the bomb were to explode. It also said that “remaining in your home is placing your life at significant risk.” 1200 properties were affected by the evacuation order.

Evacuees at the relief centre at Seven Islands Leisure Centre.

Some residents were temporarily allowed to return to their homes, including one person who rescued their cat and another who dropped off their Tesco shopping delivery.

Maurizio Morelli, a resident in Grange Walk, joined the crowd of evacuees at Seven Islands on Monday afternoon.

He told the News: “It was very strange. I got a call from my letting agent, who told me to get out of the house because there was an emergency.

“I didn’t even realise it was a bomb. I think communication could be a bit better. I know they are trying to keep us safe, but originally I was told by police that there had just been an accident.

“I don’t know what is happening to me tonight. My girlfriend will be joining me when she finishes work and then we will have to see what happens. I don’t think I’m getting home anytime soon. ”

Southwark Council found accommodation for 80 displaced residents in hostels, hotels and B&Bs. Most others stayed with friends or family or paid for hotel rooms.

Army trucks near the scene.

The five-foot bomb was identified as a SC250, which was commonly used during the Blitz.

It was made safe by disposal experts from the Royal Logistics Corps, after sappers dug trenches underneath the bomb to access the fuse. A protective ‘igloo’ was also built around the explosive, to reduce damage in the case of an accidental detonation.

It was taken away by army personnel at about 6pm on Tuesday evening. The bomb was brought to a quarry in Kent, where it could be safely detonated.

Why wasn’t the bomb detected during a risk assessment review? Read more here.