Families gather to remember loved ones 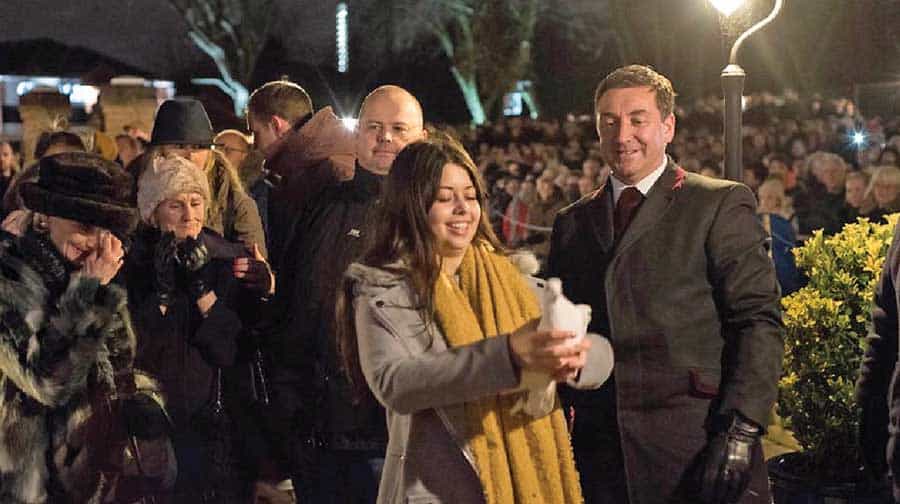 Albin’s Annual Christmas Memorial Service was attended by some 3,000 people last Wednesday – the highest number of people ever to make the evening, writes Chloe Livadeas…

Members of the community came together at the Albin Memorial Garden in Southwark Park to remember their loved ones at the event, organised every year by Albin & Son’s Funeral Directors.

Simon Dyer, son of the late Barry Albin, a figurehead for the Bermondsey community who ran the family-firm for years, said the evening went “really well, it was amazing. This year was the most people we’ve ever seen”.

Simon, who hosted the event with his brother Jon, added: “We showed a little nostalgic video at the start showing clips of old children’s TV shows from the seventies and eighties to capture people’s attention. Then we played a video on the different perspectives of losing someone and how their memory lives on.”

The memorial normally has one female soloist, who was this year joined by a male one. Together they sang a duet of The Prayer.

“We also sang Christmas songs instead of carols this year which went down well”, Simon added.