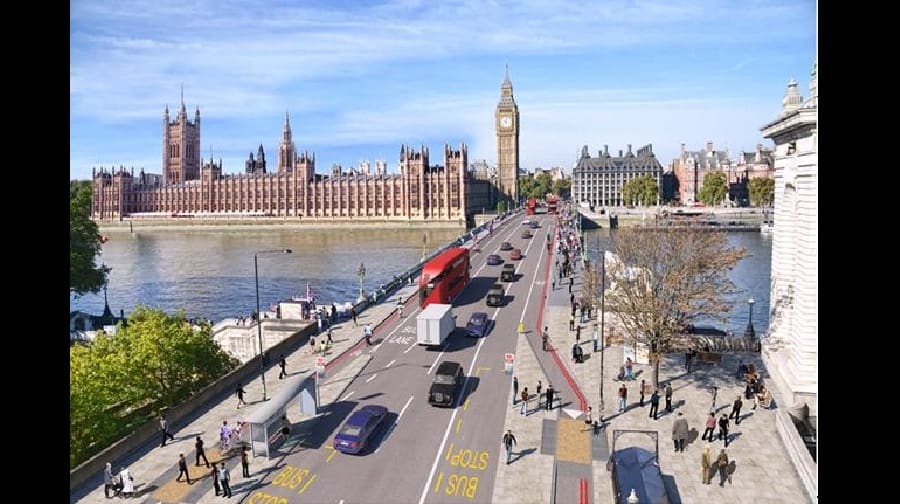 A trial of mini-zebra crossings to go on cycle routes that go behind bus shelters and onto pavements has been announced, after a protest against one being built outside St Thomas’ Hospital was held on June 28.

Last week, a protest was held outside the hospital in opposition to plans for a ‘floating bus stop’ being built because of worries surrounding the high concentration of disabled people.

In a question to London Mayor Sadiq Khan, Liberal Democrat Assembly Member Caroline Pidgeon asked whether he was “satisfied” with the level of consultation Transport for London (TfL) were undertaking with pensioner and disabled groups.

In his response, the mayor said a group consisting of disabled charities and cyclist campaign groups had come up with a trial of mini-zebra crossings on Whitechapel High Street, Stratford High Street and Blackfriars Road.

News of the trial was met with scepticism at the hospital, however, as one blind resident told the News that the stops “denied blind people access to bus stops”.

Kate Portal said: “On the islands itself you are isolated. You don’t know what number is coming, you don’t know if the one you want is stopping behind the other one either.

“When being dropped off on one of the islands you don’t know where you’re going to be dropped off on it. In terms of cyclists you can’t hear them coming.

“I feel that it should have been covered under the Disability Discrimination Act as it does not allow some people access. I would have thought it would not be allowed.

“They’re coming to realise that a lot of people are very worried. I didn’t realise how extreme these islands would be when they came out.”

Sir Hugh Taylor, Chairman of Guy’s and St Thomas’ NHS Foundation Trust, questioned whether the mini-zebra crossings would help with the proposed stop outside St Thomas’ in particular, but remained open to dialogue with TfL.

He said: “We remain sceptical about whether mini zebra crossings would help with the particular one we are concerned with, because our concern relates to the volume of buses and the proportion of vulnerable users.

“We are worried about people being forced onto the cycle paths and whether various buggies will be able to move properly. We are open to dialogue with TfL and we are expecting to have further discussions with them and other parties. We want to listen to what they have to say as well.”

Leon Daniels, Managing Director of Surface Transport at TfL, said: “We understand the concerns of local stakeholders about aspects of the design of this segregated cycle route.

“We’re confident that our continued engagement with those stakeholders, including St Thomas’ Hospital, will result in a final design that meets everyone’s needs.”