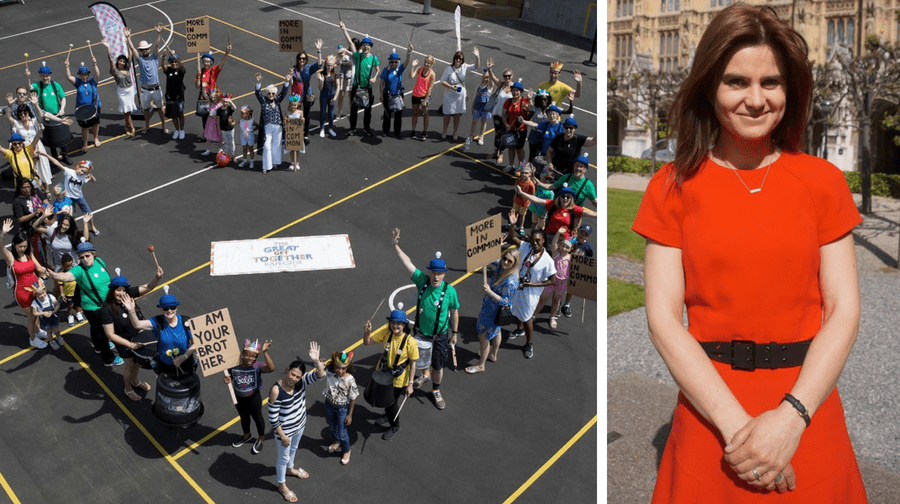 Bankside played host to one of the biggest Great Get Together events in the country in memory of MP Jo Cox who was murdered in her constituency in 2016.

Thousands of residents came together on Sunday for an all-day street party to remember the Batley and Spen MP’s ‘more in common’ message.

Activities included a bark-off dog show, wacky races and a headdress parade, along with live music and theatre across five stages around Union Street and Redcross Way – all organised by the Bankside Open Spaces Trust. “I was lucky enough to visit the site a number of times earlier this year and hear first-hand all the amazing activities that were being planned.

“So I never had any doubt that it would be one of the biggest and best of the gatherings around the country and it was. “All of us at the Jo Cox Foundation are incredibly grateful to Joseph and Angie and Tim and all the team there for putting on such a brilliant event once again.”

There were hundreds of events of all shapes and sizes happening across London at the weekend inspired by the murdered MP’s message that we’ve got ‘more in common’ on the weekend that would have been Jo’s 44th birthday.

Prime Minister Theresa May described the events as a “fitting legacy for a much-loved and much-missed MP”, while the Archbishop of Canterbury said Jo’s murder “had a profound and lasting effect on so many” and praised the Great Get Together as an opportunity “for people of all faiths and none to unite”. Neil Coyle MP, who attended the event, added: “There were so many Get Togethers in Southwark I couldn’t get to them all.

“It is amazing to see how supportive we are of each other locally and to know that my friend Jo Cox’s legacy is so strong. “Last week, £20million towards tackling loneliness and exclusion was announced and launched in Southwark to be administered by the Jo Cox Foundation.”

Neo-Nazi Thomas Mair was jailed for life for the murder of Jo Cox after shooting and stabbing the mother of two multiple times in her West Yorkshire constituency on June 16, 2016.