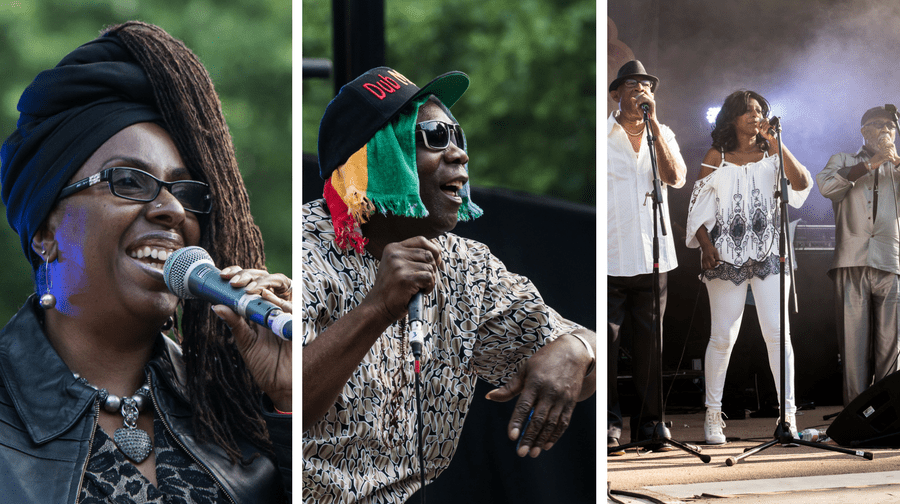 One of two local lads who form the brains behind the Bermondsey Carnival has said Saturday’s event was the best one yet.

The annual summer celebration in Southwark Park drew record crowds with a lineup that went heavy on the reggae and ska, with an array of food sellers, craft stalls, fairground rides and Millwall FC activities.

Russell Dryden, 57, who is one half of Bermondsey Beat with his old pal Phil Burkett, said they were both delighted by the response.

“I’m very, very pleased for the community to have such a great event, and for people to come along and support it so wholeheartedly,” said Russell, who is often seen at his fresh fish stand down The Blue in Southwark Park Road. “All through the day it was packed from beginning to end, and not just at the stage, throughout the whole place. People had a great time and it was a great atmosphere.”

Like the mayor of Southwark and a few of the artists who addressed the audience, Russell acknowledged that it had been a “difficult time” for London and the community. “It was such a diverse audience and we were all shoulder to shoulder. We have a lovely community here in Bermondsey. It changes, and we want to change with it. You want to think about everyone and for there to be togetherness.”

He said: “We had great support from the council. It’s not easy for them to support us, with all the cuts. To be fair it was a bit of a concern that a few elements weren’t there that were last year. But people came regardless and supported us. It’s a really great, culturally valuable event that’s worth protecting.”

Russell said that he and Phil have both always been into their music – having first met as aspiring front men of local bands – and they revel in the chance to pick the bands that play each year.

“We try to change the type of line up every year, from all sorts of genres of music, so there’s something for everyone,” he said.

“We decided to get Indika back because they were so well received last time, we told them we wanted them to show off the UK reggae scene.

“It’s odd to say now, but back in the ‘70s reggae was all from overseas. Then we had artists like UB40 and our own home grown artists starting developing, and those were the kinds of artists we booked.”

Russell added that off the excitement of Saturday’s festivities, he has already made some enquiries for next year’s carnival.