Lewis Brooke was the centre of attention last month as around 70 generous people came to support his Disneyland dream. 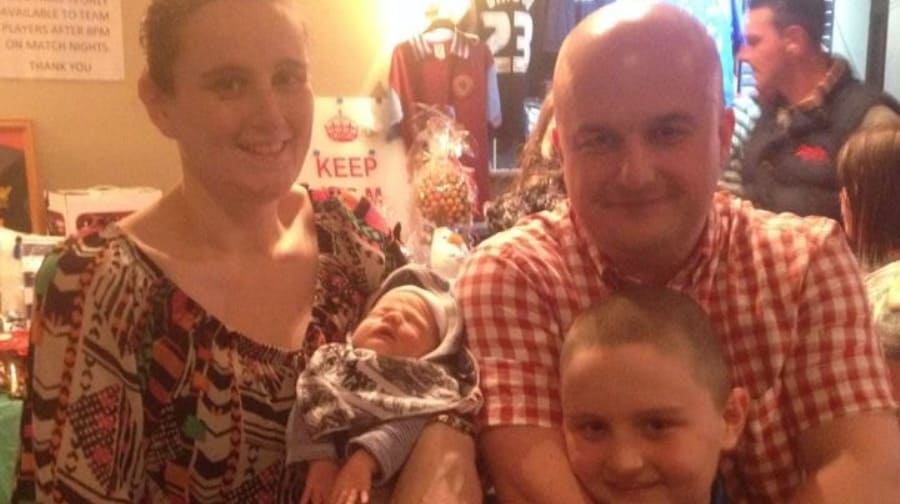 A nine-year-old leukaemia patient ‘couldn’t stop smiling’ at a benefit night raising funds for a dream trip to Disneyland in Peckham last month.

Brave Lewis Brooke was diagnosed with blood cancer a year ago and has been receiving intensive chemotherapy, morphine and tablets ever since. He is rarely well enough to attend school and is too sick to play football with his friends.

At the special event at the White Horse pub in Peckham Rye, however, Lewis was all smiles, with around 70 people coming together to try to make Lewis’s dream a reality.

“It was a really good night,” said his mum Debbie. “We raised £3000 and there is still a bit of money to come in from some of the items we auctioned off – we’ll hopefully get up closer to £4000. Lewis couldn’t stop smiling! People were coming up to him and handing him money all night.”

A highlight for many – although presumably not for one person in particular – saw Lewis’s dad Tom brave a sponsored chest wax. For £5, people could rip a strip of hair off the brave dad, with Lewis saving up his pocket money for the first go.

“Lewis is so excited,” said Debbie. “He checks on him all the time and he’s the only one allowed to push him in his push chair! He’s an amazing big brother already.”

Debbie was ‘amazed’ at the generosity of the people who attended, with the funds going some way towards the incredibly expensive cost of travel insurance for sick children.

A signed Chelsea FC shirt received a bid of £500, while professional boxer Johnny Garton turned up with a signed glove. Local businesses, including Canavan’s Peckham Pool Club, turned up with their own fundraising collections.

“We are so grateful,” said Debbie. “We’d like to thank everyone who came along and donated, and especially Michael, the landlord of the White Horse, and our friend Grant Campbell, who organised the whole event.