Terminally-ill Jack Wells, 22, is fundraising to take his daughter Scarlett to Florida. 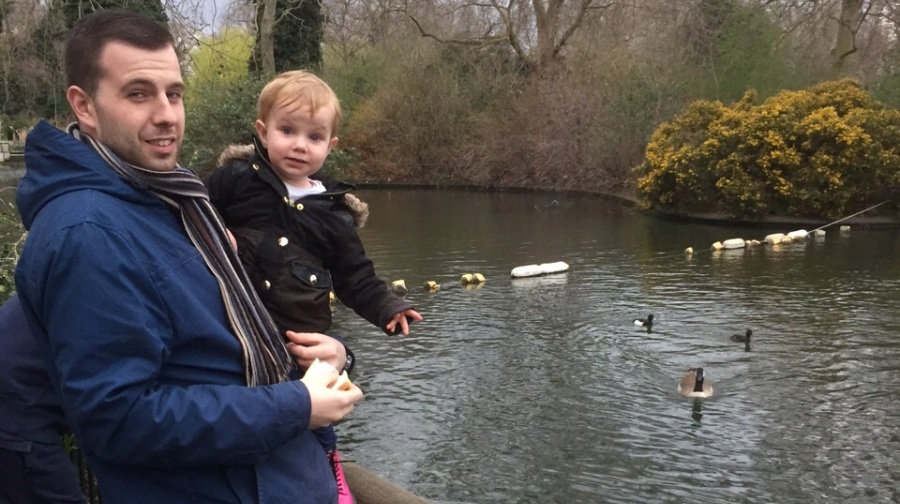 A young Bermondsey father has been overwhelmed by the support he has received since being diagnosed with terminal cancer in March, after generous residents donated thousands of pounds to help pay for ‘one final adventure’ with his little girl.

Jack Wells, 22, was diagnosed with Ewing’s sarcoma, a rare bone disease. Doctors have told him that all they can do is delay the spread of the disease and help make him comfortable.

As reported by the News earlier this month, despite his tragic situation Jack is thinking only of his little girl and is determined to give her the best life possible.

He has been fundraising to take two-year-old Scarlett on holiday to Florida for ‘one final adventure’, before the chemotherapy eventually stops working and his condition deteriorates.

He said: “She doesn’t understand what is happening but while I’m still here I want to support her and make her happy. It would be amazing to take her to Florida for a dream holiday, to give her one last great memory.”

Since May 4, over £3,600 has been donated to their dream holiday fund and his story has been shared hundreds of times on Facebook and Twitter. Jack said he was ‘really pleased’ with the response but vowed to continue fundraising to make sure he could raise enough money to give his daughter a memory to last a lifetime.

He said: “I know some of the people who have donated but I don’t know a lot of them. It’s nice that they’re donating without knowing me or Scarlett. I’m aiming to raise even more though, because the cost of travel insurance for cancer patients is so high.”

His mother Veronica was also stunned by the response and praised her son’s bravery.

She said: “It’s been really nice seeing everyone donate and attend the fundraiser at the Ancient Foresters last week.

“Jack is doing well but the chemotherapy is having an impact and he feels a bit sh*t. He is beginning an intensive five-day chemo session next Tuesday which will be really tough. It’s hard for him but he is being very strong.”

Another special fundraiser will be held this evening, which the family hope will help bring their fundraising total closer to the £20,000 goal. As well as the holiday, donations will also go towards Scarlett’s future and to the University College London Hospitals.

The fundraiser will take place at the Bede House charity in Abbeyfield Road, where Jack used to attend a youth club as a child. The event kicks off at 5pm and ends at 7pm.

A spokesperson for Bede House said: “We aim to showcase the artistic skills of young people who live in the area, bring together residents who live on the estates and partners who have a vested interest in community and to use the talent show to raise money for his two-year-old daughter Scarlett.”

Can you help Jack and Scarlett’s final wish come true? Please donate at www.gofundme.com/jackse16 or attend the special fundraiser tonight at the Bede Centre, Abbeyfield Road, SE16 2BS from 5pm to 7pm.