Friends have raised more than £3,000 for Antony who is a full-time carer to his dad 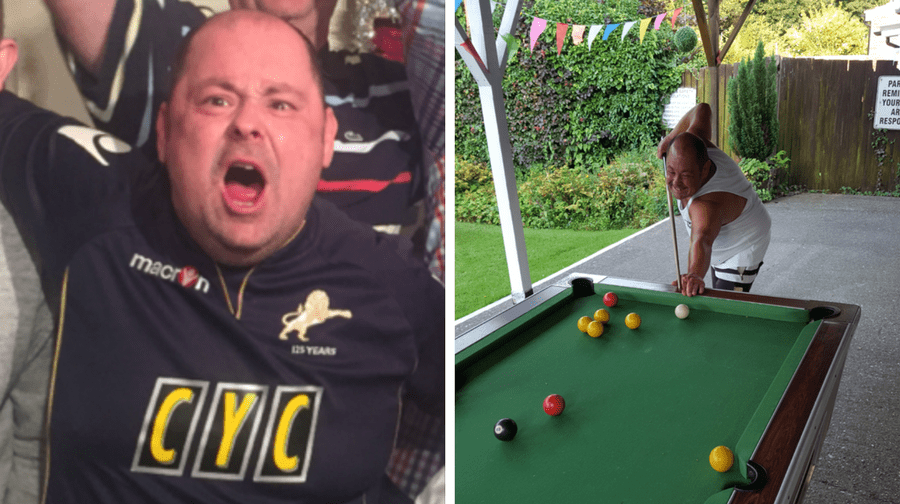 A crowdfunding campaign has raised thousands for a Millwall fan who suffered a cardiac arrest during the match last week.

Antony Murphy was “dead for nine minutes” after he had a cardiac arrest at Millwall’s clash with Northampton at the Den on Friday, April 14.

The 40-year-old, originally from Bermondsey but living in Kent, was rushed to hospital and put in a medically induced coma.

Antony’s friend John Kendall, 52, said he was out of the coma on Tuesday, April 18, and doctors were waiting for him to wake up on his own.

“He was at the Millwall game and one of our mates looked at him and said ‘are you feeling alright’ and he said ‘yeah’ but then about ten seconds later he just passed out,” said John, a lorry driver.

“He was dead for nine minutes and received CPR until the ambulance arrived. He went to hospital and they operated on his heart and then they put him into an induced coma.

“His heart is working and he is breathing on his own, but the doctors are waiting to see how much damage has been caused when he wakes up because nine minutes is a long time without oxygen.”

John, along with five other friends, are raising money to help Antony because he is a full-time carer to his father.

“On Friday, because he never went home, we had to ring his dad and tell him,” said John, also originally from Bermondsey but living in Kent.

“Antony’s mum died a year ago and he’s an only child so it’s just him and his dad now.”

The friends have already managed to raise more than £3,000 to help Antony and his dad and they plan to fundraise at Millwall’s match against Oxford at the Den this Saturday, April 22.

“There will be six of us – myself, Frankie George, Jono Smith, Jack Rogers, Lou Arnold, and Hazel George – with collection buckets on Saturday,” said John.

“There will be two of us in each stand and we will be wearing T-shirts with a picture of Antony.”

“We want to say thank you to St John’s Ambulance and all the staff at Millwall for helping Antony on Friday,” he added.

“We are hoping that when he wakes up he will be fine.”