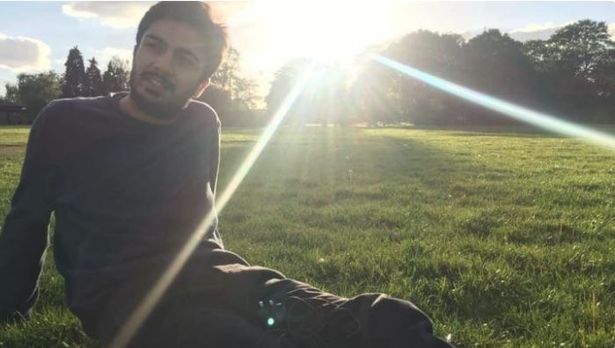 A memorial fund set up for a 23-year-old budding author from Dulwich who tragically passed away in July has raised nearly £6000 towards publishing his first novel, writes Simon Throssell…

Alfie Jack Brown was studying for a degree in History and English Literature at the University of Birmingham to pursue his dreams as a fantasy writer.

He had gone for a game of football with friends back home in Dulwich when he collapsed and suffered a cardiac arrest. He was rushed to Kings College Hospital but did not survive.

A month after his death, his sister Carly Brown has created a fundraising page to honour his memory, with proceeds going towards publishing the novel he had been working on for many years.

Speaking to Birmingham Live, Carly said: “Since the age of about ten Alfie dreamt of becoming an author.

“He had been working on a fantasy novel for almost a decade and this memorial fund is partly dedicated to publishing his work.

“Alfie was taken too soon, but we can keep his wonderful imagination and bottomless creativity around us always.

“The fund will support other aspiring writers who need help telling their stories.

“We will remember Alfie laughing, chatting, dancing and dreaming.”

The family would like to split any leftover funds between two charities which are yet to be decided on.

One will be in relation to support for young people with heart conditions and their families and the other will be in support of young writers.

In a post on the GoFundMe page, which has raised nearly £6000 so far, Carly wrote: “He is very dearly missed by his family, friends and everyone who knew him.

“Everyone coming together to celebrate Alfie’s life over the past month has been truly remarkable and the impact that he has had on so many people is very clear.

“His family and close friends would like to thank everyone for their support and love during this time.”

You can donate to Alfie’s memorial fund here: https://uk.gofundme.com/f/alfie039s-memorial-fund