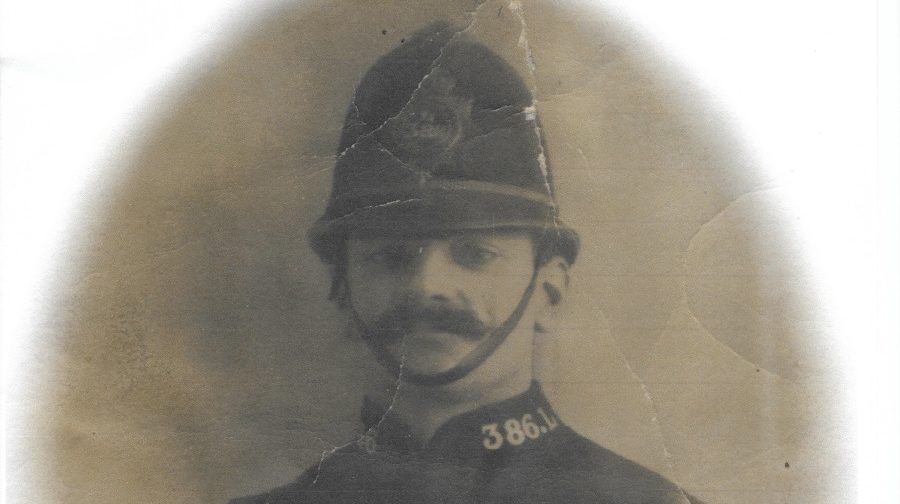 Last week while researching one of this year’s blue plaque nominees, Hollywood Actor Claude Rains, the News made the discovery that despite being described by many sources as being born in Camberwell – including in two biographies and his own interviews – Rains’ birth certificate actually lists his birth place as Clapham.

Although we are very sorry to have had to disqualify the Invisible Man and Casablanca actor from the running, we were able to give his place to another very deserving nomination.

Southwark historian Stephen Bourne has nominated the following police officers in a ‘group’ or ‘joint’ nomination for a 2018 Southwark Blue Plaque.

The nomination is for their extraordinary bravery in the First World War saving women and children during the 1917 zeppelin attack on the corner of Calmington Road and Albany Road, then in the Metropolitan Borough of Camberwell.

During the night of October 19 – 20, 1917, a German zeppelin dropped a 300-pound ordnance, known as an ‘aerial torpedo’, onto two adjoining houses on the corner of Calmington Road and Albany Road.

Twelve people, including two children, were killed in the explosion, while at least another eighteen were left trapped in the basement of a building with a fire raging above.

Despite the threat of another explosion due to a gas leak, Inspector Frederick Wright, PC Jesse Christmas and PC Robert Melton – who was off duty at home just a few houses down from the blast – raced to the scene.

The brave Camberwell bobbies cut a hole in the floor and dropped down into the basement, where they managed to find two children in the smoke and chaos.

Ignoring the threat of the building collapsing and the near-overpowering gas fumes, they led the children and a group of shell-shocked adults to safety.

Inspector Wright collapsed, received medical care, went home, and then returned to his rescue efforts later on in the night.

An eye-witness spoke of “the great bravery” of the three police officers in a letter to a local paper that week.

He said: “I can assert that their conduct was exemplary, deserving the highest possible praise and public gratitude.”

Inspector Frederick Wright was awarded the Albert Medal for his bravery, while the two Police Constables were decorated with the King’s Police Medals.

However, the officers are not mentioned in the memorial in nearby Chumleigh Gardens to the Camberwell residents who lost their lives in World War One.

A Southwark Blue Plaque will be a permanent memorial which pays tribute to the three selfless and brave policemen who put themselves in incredible danger to try to save the lives of others.

One of them, PC Robert Melton, from Albany Road, was sacked for taking part in the 1919 police strike which attempted to improve the pay and conditions of police officers.

At the time of his death he was living at 182 Westmoreland Road, in Walworth, at what had been Newington Workhouse until 1930.