There were no arrests 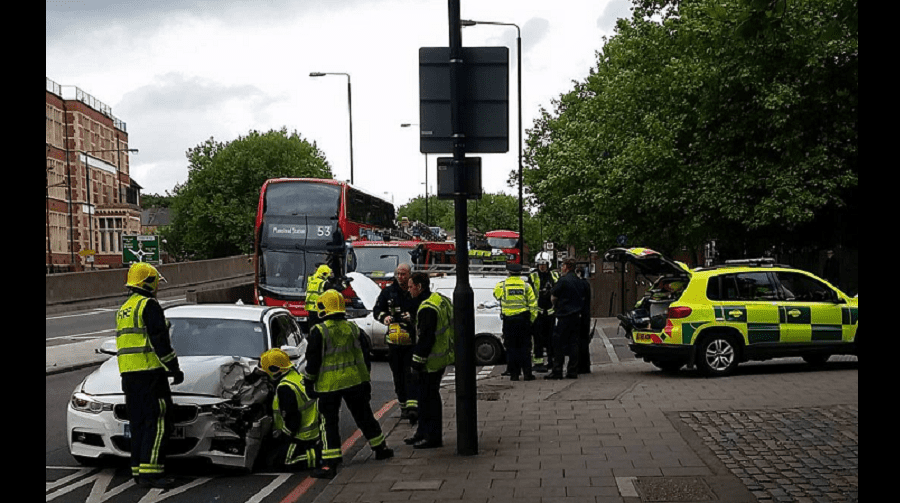 A Southwark Council van overturned on the Old Kent Road today (May 12) during a collision with two other cars.

The three-way-smash, which an eyewitness said also involved a BMW, was reported to The Met at 12:55pm.

A statement from the Met said: “[Police] officers, the London Fire Brigade and London Ambulance Service attended and discovered an overturned van.

“The driver of the van was taken to a south London hospital as a precaution. There were no other reported injuries.”

The road was temporarily closed, and there were no arrests.

Transport for London reported on Twitter that nine of its bus services had to be diverted due to the road closure, but were back on route by 1.30pm.