A jury at Maidstone Crown Court returned guilty verdicts after a two-week trial. 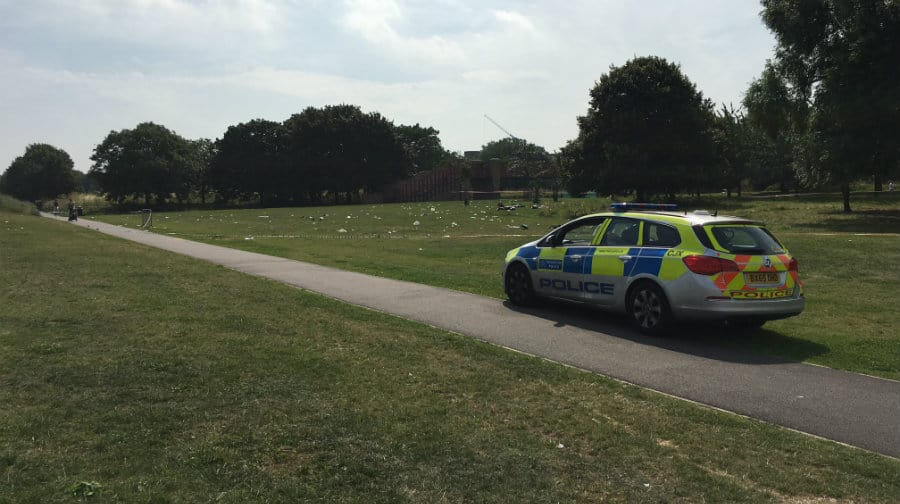 Three people have been convicted of kidnap after a Kent woman was discovered bloodied and beaten in Nunhead by a local resident.

The victim, who cannot be named, was assaulted with a baseball bat, knuckleduster and dog chain, after being driven to Burgess Park on April 1.

A jury at Maidstone Crown Court returned guilty verdicts after a two-week trial.

Williams was also convicted of attempting to cause grievous bodily harm and possessing an imitation firearm with intent to cause fear of violence, while Emmett was found guilty of assault.

The court heard how the victim had arranged to meet Emmett in Hopewell Drive, Chatham in Kent, at about 11.30pm to discuss money that was owed to her. As they spoke, a black Ford Focus driven by Delpratt with Williams in the passenger seat pulled up alongside them.

After letting her dog off its lead, Emmett and Williams forced the woman into the back of the car before binding her hands with duct tape.

During the journey to London, the victim was ordered not to look out of the window and was told that she owed Williams £2,000 and that if she did not pay him then he would kill members of her family.

After some time the car stopped and Emmett punched the woman in the face before hitting her with her own dog chain. He then walked away from the vehicle, leaving Williams and Delpratt alone with the victim.

The car was driven to the middle of Burgess Park, next to the park’s football pitch and New Peckham Mosque, where Williams threatened the woman with a firearm. He then dragged her out of the vehicle by her hair and led her into a park area, where he struck her with a metal baseball bat. A sock had been stuffed into her mouth and secured with duct tape so nobody could hear her screams.

Following the assault, she was bundled back into the car and driven to Nunhead railway station, where Williams punched her twice in the face with a knuckleduster before dumping on the ground and driving off.

She was found by a member of the public who telephoned for an ambulance.

Delpratt handed herself into police on April 4, while Williams was arrested on April 5, and Emmett on April 14.

Investigating officer detective constable Matthew Lincoln of Kent Police, said: “These are quite possibly the most callous acts of violence I have ever investigated in fifteen years as a police officer.

“It is a truly shocking case in which two men viciously assaulted a woman in an argument over money, assisted by Delpratt whose role as designated driver meant she was far from being an innocent bystander.

“Neither Williams nor Emmett demonstrated any concern for their victim’s welfare. She could have very easily died after being subjected to such serious and sustained attacks. I would like to praise the tremendous courage she has displayed throughout this whole ordeal.

“Kent Police simply will not tolerate such appalling acts of violence and all three defendants are likely to receive lengthy prison sentences for the horrendous crimes they have committed.”