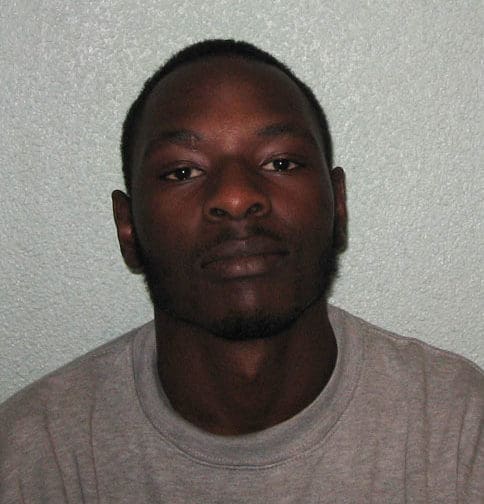 Three gang members including a man from Lewisham have been jailed for human trafficking in what has been described as a landmark case using new modern slavery laws to convict gangs who exploit vulnerable youngsters as drug mules.

On Tuesday at London’s Inner Crown Court, Michael Karemera, aged 25, from Lewisham (b. 27.10.93) was handed five years in prison for three counts of trafficking. Alford was given four years behind bars, and Wabelua was handed three-and-a-half years.

All three were given 15-year-long slavery and trafficking prevention orders, which will come into force when they are released from prison.

These orders mean they are banned from driving with anyone under eighteen inside other than family members, have to register their addresses, phone numbers and any computers with police, and use of phones, SIM cards and computers are restricted.

The trio ran three dedicated drugs lines making as much as £2,000 a day after receiving 200-300 calls from users.

Six young victims were exploited by the men to ferry their drugs. The eldest was nineteen and the youngest just fourteen.

All from south London, they were found by police dealing drugs in Portsmouth.

An investigation found they had been recruited, groomed and trafficked, kept in drug users’ homes in Portsmouth, controlled by the gang and told where to sell or drop off drugs.

One victim, aged 19, described as a vulnerable adult by police, gave evidence in court.

From behind a screen, he told the court that when he tried to leave the gang he was stripped naked, had a gun put in his mouth, and told his life was in danger if he didn’t do what they wanted.

The other victims were too scared to give statements to police.

The three men have already been sentenced for drug offences, with the Crown Prosecution Service using new modern slavery legislation to given them further jail time.

Safeguarding lead of the National County Lines Coordination Centre, Tim Champion, said: “Exploiting vulnerable children in this way is unacceptable and individuals who do this will be prioritised and find themselves additionally convicted of human trafficking offences, which are often subject to long prison sentences.

“The issue of county lines is very complex and brings together deep-rooted criminal behaviour, such as gang membership, drugs supply, drug abuse and human trafficking.

“This case highlights the benefits of collaborative working between Police and partners and I believe that today marks an important step forward in tackling this problem.

“All young people coming to notice in this way are now assessed and subject to safeguarding intervention and support to give them the best possible chance of exiting the lifestyle that they have been forced into.”

Speaking on Tuesday, May 15, Deputy Assistant Commissioner Duncan Ball, from the Met and NPCC county lines lead, said: “This is an important conviction based on an excellent investigation from officers within the Metropolitan Police Service.

“I would like to thank the Crown Prosecution Service for their support and diligence in bringing this case to its successful conclusion.

“Use of modern slavery legislation is an important aspect of targeting those criminal networks who exploit vulnerable children and adults to maximise their profits from drug supply.

“Today’s convictions send a clear message that we will utilise all legislation nationally to suppress county line activity.”

Specialist prosecutor Kate Mulholland, from the CPS, said: “This case represents one of the few times that drug dealers have been prosecuted for arranging the travel and exploitation of teenage couriers.

“We were also able to prosecute this landmark case without the need for the children, who were victims of crime, to give evidence.”