'The turnout today just shows how much people cared for her, and still do,' Leigh Nicholls' daughter said 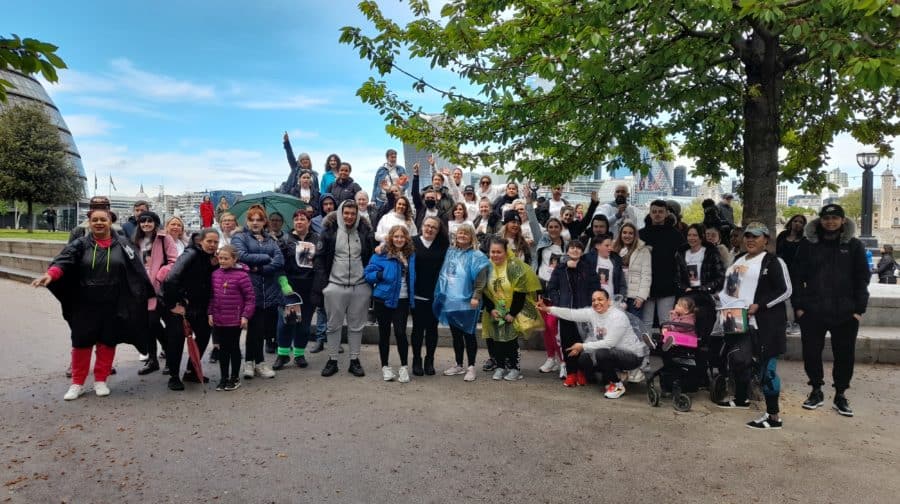 Dozens of people walked nearly three miles from Tower Bridge to Westminster Bridge last Sunday to celebrate the life of a Bermondsey woman with terminal cancer, and to raise money for her family.

Leigh Nicholls, 60, was diagnosed with colon cancer about six weeks ago after a period of feeling unusually tired. Sadly the cancer was already at a late stage, meaning Leigh did not have long to live. She is now in St Christopher’s Hospice in Sydenham, having been treated earlier at Guy’s Hospital.

Friends and family on the walk said Leigh had kept her spirits up in the hospice, despite the pain that she has suffered from the disease.

“She’s a very independent person,” her daughter Gemma said. “She was always able to look after herself and the people around her. The turnout today just shows how much people cared for her, and still do.”

Leigh worked at Morrisons on Walworth Road. Many of her colleagues joined in the day, walking close to another two miles from Walworth to Tower Bridge before joining the rest of the group. 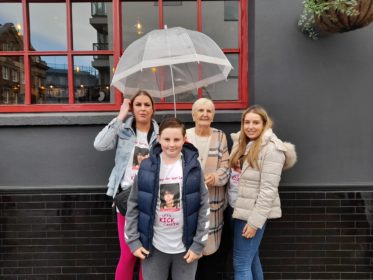 Others on the walk described Leigh’s steadfast approach to her illness. “She really has the right to complain and to feel down, with all the pain she’s been in,” said Chris, the partner of one of Leigh’s relatives. “But as far as I know she’s never complained – it’s amazing.”

Maureen, Leigh’s mother, joined the walking group for the start of the day by Tower Bridge.

Describing her daughter, she said: “She is a lovely girl, you can just tell from how many people have come out today. Everyone loves her. But she has had a terrible time with the medical side.”

To donate to the fundraiser for Leigh’s family, visit: www.justgiving.com/crowdfunding/kerry-naish-1