Three on London’s Most Wanted List are believed to be responsible for string of burglaries in Dulwich, Bermondsey, Nunhead and Crystal Palace

'I would suggest handing yourself in sooner rather than later. Knocking on our door is infinitely better than us knocking on yours!' 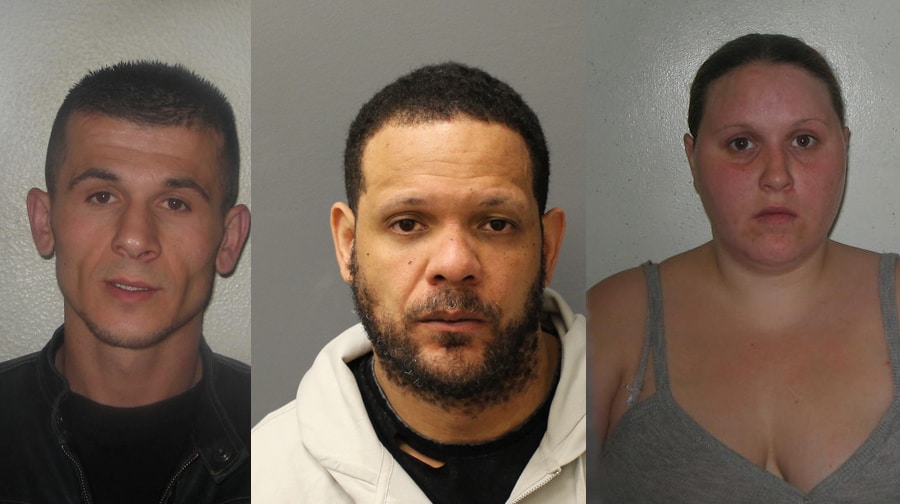 Three suspected burglars who have so far evaded capture by police are among 38 mugshots of wanted people displayed on the side of two vans driven around London to try and help track them down.

The Met says the majority of the 38 are wanted in connection with violent moped-enabled crime, street robberies, burglaries and violating the conditions of a previous release from custody or jail.

Three believed to have targeted residents in Southwark include Anton Krasnioi, aged 38, whom police want to question over four burglaries across Dulwich between May 2015 and October 2017, where properties in Woodhall Drive, Allison Grove and Dulwich Village were targeted.

Forty-year-old Michaela Alldis is wanted in connection with two burglaries at the same Nunhead property on Monteagle Way, SE15, on January 23 and June 7, last year where cash was stolen. She is also believed to have been involved in a home burglary in Bermondsey’s Rephidim Street in SE1 when jewellery was stolen.

And Simon Marcus Rhodes-Butler, aged 42, is wanted in connection with three Crystal Palace burglaries at flats in Belvedere Road, SE20, on November 22 last year, when jewellery worth £6,000 in total was taken.

Chief Inspector Jim Corbett urged anyone with information about their whereabouts to come forward.

“We are relentlessly pursuing violent offenders and bringing them to justice, but we need the help of the public as well.

“Somebody somewhere knows something about these criminals and I urge people to pass any information to us as soon as possible.

“One phone call could potentially solve or even prevent a crime from happening.”

He went on to warn those wanted by police: “If you are one of the individuals we wish to speak to, I would suggest handing yourself in sooner rather than later.

“Knocking on our door is infinitely better than us knocking on yours!”

Meanwhile, Crimewatch is helping to reunite stolen property with its owners during a roadshow appeal with more than 200 items profiled.

Anyone who thinks their stolen property may be held by police should email details of proof, including serial numbers, to cms@met.police.uk with the subject line ‘Op Venice appeal’.

Southwark NewsNewsThree on London’s Most Wanted List are believed to be responsible for string of burglaries in Dulwich, Bermondsey, Nunhead and Crystal Palace