A moped, a coach and a car have all collided, but one of the drivers is missing. 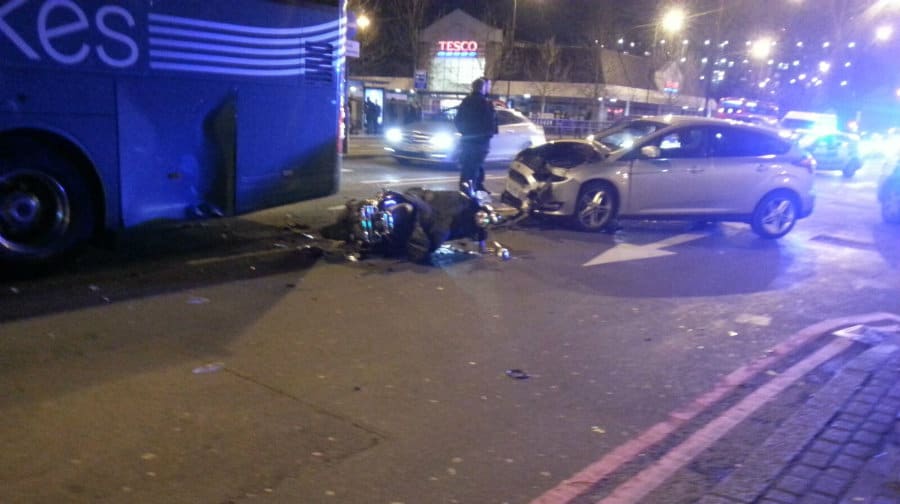 A photo of the scene

A moped driver, who had been in collision with a car and a coach, fled the scene and is currently being hunted by police.

The accident took place at around 5.30pm near the junction with Dunton Road.

The driver of the coach, which had no passengers on board, stopped at the scene and was uninjured. The car driver had left the scene on foot, but returned and was also uninjured.

A spokesperson for Scotland Yard said: “The recovered firearm was unintentionally discharged into a ballistics bag by a Scene of Crime Officer. No one was injured.”

She added that the Directorate of Professional Standards, who “uphold and improve” standards across the capital’s police force, has been informed.

No arrests have been made and police are asking for witnesses to come forward.

Enquiries into where the gun came from are ongoing.

Anyone who can assist police is asked to call 101, or can speak anonymously by contacting Crimestoppers on 0800 555 111.