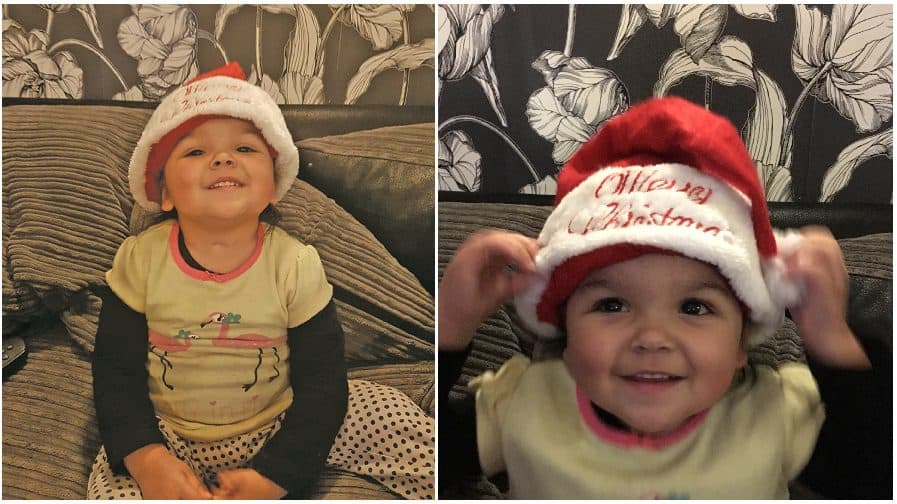 A three-year-old girl who has fought off a rare cancer for most of her life has been granted a Christmas wish by a News reader.

Little Aimee Kemsley from Peckham was diagnosed with soft-tissue cancer Rhabdomyosarcoma on Christmas day in 2014.

Last week the News reported that the Dreams Come True charity had appealed for help to take Aimee and her doting dad on a trip to Peppa Pig World and meet her hero.

Aimee’s wish now look set to come true, after Bermondsey boy Phil Burkett read the story and took it on himself to arrange the tickets.

Aimee’s dad, John Kemsley, told the News he was “over the moon”.

Phil, who organises the Bermondsey Carnival with Bermondsey Beat, told the News: “I read the story and was choked reading it.

“I saw her beautiful face and I just had to do something. She didn’t want to go and see Mickey Mouse in Florida, she just wanted to see Peppa Pig in England.

“I had to do something. I spoke to a few people and got them tickets.”

Aimee is now in remission, and “learning to be like a normal girl”. Paul, who trains with Peckham Town FC, said his little girl is now “going to nursery” and starting to eat and walk normally, having spent an entire year bed-bound in St George’s and Royal Marsden hospitals.

The turning point in the toddler’s fortunes was a nine-hour surgery, where doctors removed a huge tumour from her abdomen, twinned with months of harsh chemotherapy.

The father of five, who yesterday celebrated his birthday, said his entire family had been really supportive. But “the only way he could deal with it” was “by focusing all his attention on Aimee”.

“I had to forget the rest of my family and spend every day in hospital with her,” the 44-year-old said.

“But we’re all happy and back together again now. I don’t think I could have gone through what she did. It was heart breaking just to see your little girl endure what she went through. I never would have survived it.”

Paul said Aimee’s love of Peppa Pig came after he spoiled his daughter with DVDs to watch in her hospital bed. “For some reason she just loved it,” he said.

Aimee will still need testing every three months with ultra-sound and x-rays to check if the cancer is regrouping, and after two years the resting will be reduced to one every six months.

The charity has told the News it is still appealing for help to pay for John and Aimee’s transport and accommodation costs.