Ola was fatally shot on April 21, 2015, on East Surrey Grove Estate but his killers have never faced justice 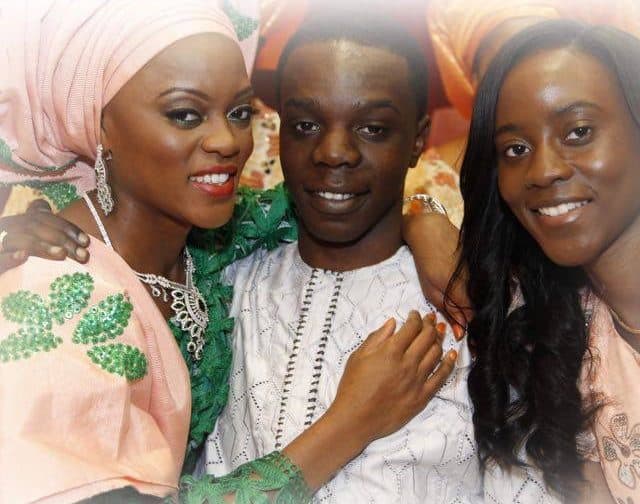 Ola, with his and sisters Ruki and Zainab

Three years after twenty-year-old Ola Raji was murdered in Peckham his sister has told the News that she would “plead and beg whoever knows anything to come forward”.

Ola was shot and stabbed on April 21, 2015, after being confronted by two men while cycling onto East Surrey Grove Estate, off Commercial Way – but his killers have never been caught.

On the three year anniversary of his death, Ola’s family and the police have re-launched their appeal for information, saying someone, somewhere, knows what happened.

Ruki, now 33 and living in Streatham, was ten years old when her brother was born.

She tells the News, she helped her mother raise Ola “like a son”, and that they and her sister Zainab were “a close family unit”, especially after their father died of a stroke when Ruki was in her teens.

Although both sisters had moved by the time of his death, they regularly visited their Peckham home and Ola was a loving uncle to Zainab’s young son.

The day before he died, the whole family had been together celebrating Zainab’s 28th birthday with a bowling trip.

Ruki described the terrible events as “completely unexpected”, saying: “I never thought I would be in this situation.”

“He was normal, a really, really friendly, nice, relaxed, twenty-year-old who liked to have a laugh with friends and family.”

Those friends still come together to celebrate his birthday, and give support to their family on the anniversary of his death and on Mother’s Day.

But with each year that passes, they also want to make sure people don’t forget about Ola, and information that could help his killers face justice is not lost.

That night on April 21, 2015, Ola had been watching a football match with a friend before cycling to East Surrey Grove, where he was attacked by two men.

He was shot and stabbed, and his attackers are believed to have fled the scene on foot via a cut-through from Cator Street into Sumner Road, before turning into Rosemary Road towards Surrey Canal Path.

Although three people have been arrested during the course of the investigation, they have all been released, and Ruki says the family cannot move on without answers.

“My mum is completely devastated. I have since had two young children of my own and the thought of what she is going through, I do not think it is anything that she can move on from.

“She is just forever going to be pained by the fact that her son has been taken from her.

“Peckham is a huge part of my life and made me who I am, but the place is tinged with lots of sadness.

“My Mum still lives in the same house and my brother’s room remains exactly how he left it.

“My brother was 20 years old. He was very, very young when he died and he was figuring out his way in life.

“The tragedy of his life is that it was so short. At twenty the world is still your oyster but we will now never know what he would go on to achieve.”

Ruki says her family are working with police to do everything they can to keep the appeal fresh in the minds of people who may be able to help, especially anyone with information from between 10pm and 10.30pm, when his movements are unknown.

She tells the News: “I would just plead and beg whoever knows anything to come forward.

“There is nothing that can change the fact that he is gone but it could help bring someone to justice.”