The court heard that Duncan asked the victim: 'Do you want to die tonight?' before the shocking attack 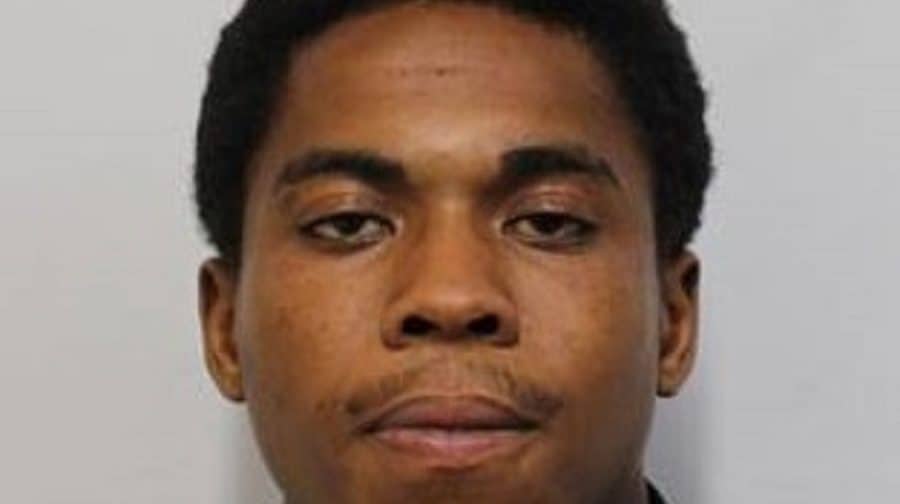 Paryce Duncan (pictured) has been jailed for his 'unprovoked' nail scissor attack on a stranger (Image: British Transport Police)

A thug who attempted to stab a stranger with nail scissors in an ‘unprovoked attack’ on a London Bridge train has been jailed.

Paryce Duncan, 24, pleaded guilty to possession of an offensive weapon and attempted wounding with intent at Blackfriars Crown Court on August 2.

Yesterday he was given two years and nine months behind bars for the April 2018 attack.

The court heard how the victim, a man in his twenties, had been sat listening to music alone on the train to Norwood Junction when Duncan approached him from behind and punched him in the head.

He is said to have asked the victim: ‘Do you want to die tonight?’ before pulling a pair of nail scissors from his pocket and lunging towards the victim’s neck.

The victim luckily managed to block his forearm and deflect the impact before calling police, who arrested the attacker at Norwood Junction.

But afterwards Duncan, from Robert Street in Croydon told police he couldn’t even remember the unprovoked attack – because he’d drank too much Jack Daniels.

Inspector Malcolm McCulloch, from the British Transport Police, said the ‘random and unprovoked’ attack could have had ‘devastating consequences’.

“His sentence clearly reflects the seriousness of the incident and I hope it serves as a strong reminder to any offenders that we simply will not tolerate violence on the railway,” he said.

“While this was a shocking attack, I would like to remind the public that unprovoked incidents such as this are thankfully extremely rare on the rail network.”