Time and Talents now has to fundraise to replace the £2,100 batteries 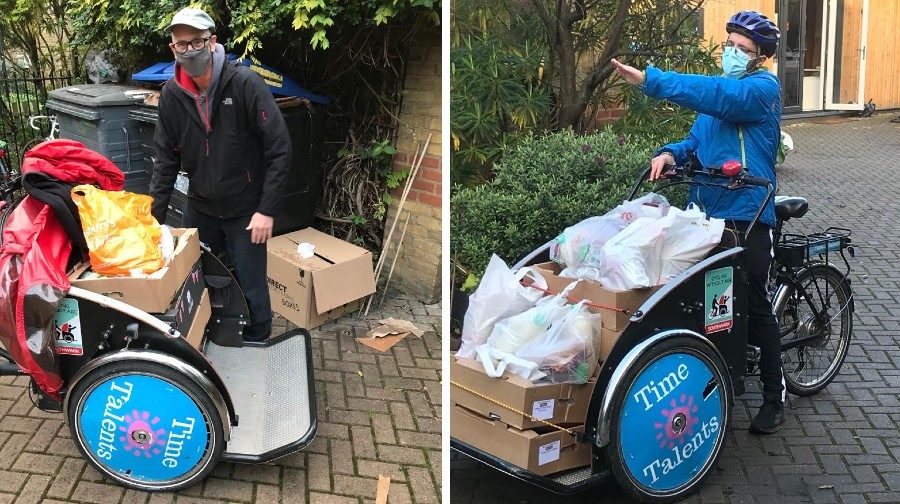 Thieves have stolen the batteries from bikes used by a Rotherhithe charity to deliver food parcels to the vulnerable and the elderly.

Time and Talents has been delivering food parcels to hundreds of local residents throughout the pandemic by using their electric bikes.

But last week it was discovered that thieves had stolen the expensive £700 batteries from the bikes.

This has put the bikes out of action and forced the charity to fundraise to replace them at a cost of £2,100.

“We discovered it last week when a member of the team went to get them to recharge them, because they need to be charged overnight before we deliver the food parcels,” said director, Sarah Gibb.

“Outside of the pandemic, we use these bikes to take housebound people for rides so they can feel the wind in their hair, but during the pandemic we’ve been using them to deliver food supplies to hundreds of local people.” 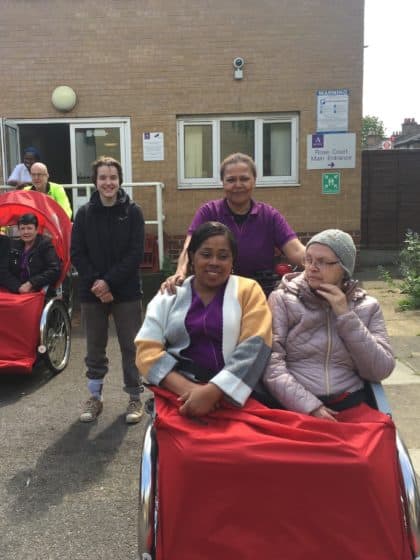 Before coronavirus, the bikes were used to take elderly people on rides

The batteries from the specialist kit – called Christiana bikes – cannot be used for anything else, making the theft even more pointless, says the charity.

“We’re a small charity that’s trying their best to support the local community,” added Ms Gibbs. “It’s sad really, when everyone is working so hard to support the food hub each week.”

Deliveries of the council and Fareshare parcels are still taking place after volunteers rallied around the charity to offer their cars, to make sure no-one goes hungry.

Time and Talents has encouraged the public to donate to its food hub so that they can replace the batteries.

Money also goes towards topping up food boxes for people in need with additional items.

After posting about the brazen theft, which has been reported to police, the charity has seen the local community rally around them.

“It’s heartwarming, really,” said Ms Gibbs. “The local community has really stepped up, people are outraged on our behalf. It’s lovely to see that people are supporting us.”

To donate to Time and Talent’s fundraiser, which will both replace the bike batteries and pay for extra food items for those in need, visit here.