The Southwark Park Association will also be holding other free events around the all-important anniversary on Wednesday, June 19 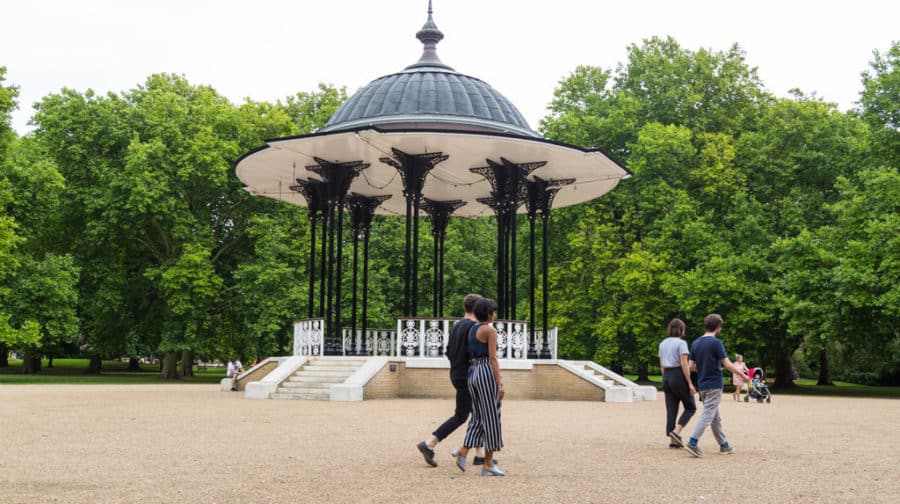 A time capsule will be buried in Southwark Park next week to mark the 150th anniversary of the park.

The event, organised by the Southwark Park Association, will see the time capsule buried by patrons of the park and councillors 150 years on from the unveiling of the green space on June 19, 1869.

Alongside the new time capsule, an older time capsule which was buried at the park’s entrance in 2000, which includes a copy of the News from that year, will be dug up and relocated, as the area is due to be landscaped under council plans.

It takes place from noon at the site of the park’s new café on Wednesday, June 19.

The green space, the first municipal park in the borough, was created for the people of Bermondsey and Rotherhithe when the areas were still sites of industry, which would often see them blanketed with polluted air and smog.

Local author, Mary Gibson, sets many scenes in her novels in Bermondsey and Rotherhithe, including the park, as it was a central part of her childhood.

She told the News: “My childhood memories of Southwark Park in the fifties and sixties are still vivid.

“I remember hours spent queuing for the Lido on hot days or daring each other to venture into the forbidden rose garden, risking the wrath of the Parkie!

“Many of my generation share such nostalgic memories of those days when the park felt like a piece of ‘the country’ in an area so densely packed with factories and wharves you could barely see the sky.”

Bermondsey and Old Southwark MP, Neil Coyle, paid tribute to the hard-work of volunteers who help to run the park and said he hoped it would be around for another 150 years.

“Bermondsey and Rotherhithe have been able to enjoy the park for generations and many local people have stories from the lido days right through to the fantastic Carnival the park hosts,” he said.

“It is one of the green jewels in Southwark’s crown as well as being a great venue for excellent local events that bring and hold our community together, including the annual fireworks.”

Sir Simon Hughes, who is a patron of Southwark Park Association, said it was not just “Bermondsey’s lung, but also Bermondsey’s heart.”

He added: “Long may our park be the loveliest local home to bowls club and cricketers, to runners and tennis players, to those playing music on the bandstand or listening to music in the deckchairs, and to those just seeking to walk or rest or watch or pray.”

All those wanting to attend can RSVP by emailing: ourpark@live.co.uk.

Other events being held around the park’s 150th anniversary

created by children, including pupils from

of Southwark, including sinking of time capsule

at café in the park

Elborough author of A Walk In The Park

Park 150 Art and Photographic Exhibition at