Here today, gone tomorrow: Co-op and Santander confirm they will abandon The Blue

Poundland now rumoured to be heading in, but the company is not giving anything away yet 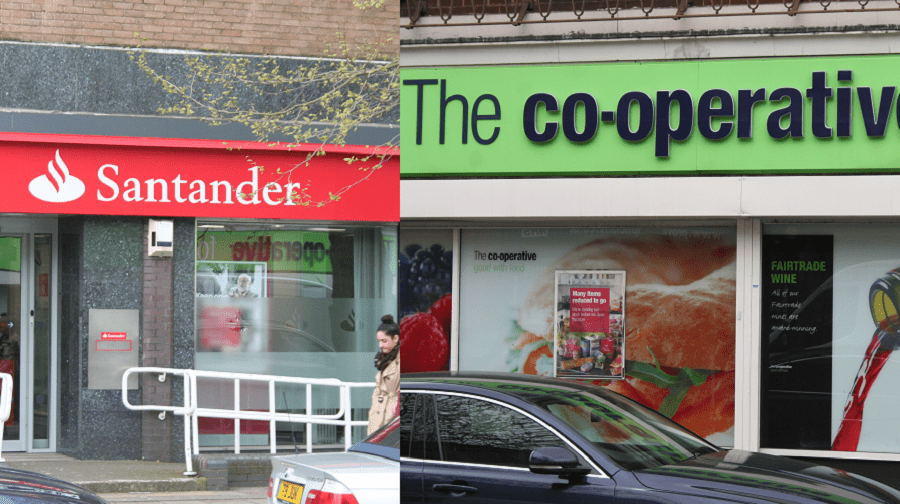 Santander and Co-Op have announced they will both close their shops in The Blue, Bermondsey, in the coming months, writes Alex Yeates…

Co-Op Food will be the first to go from the shopping area in Southwark Park Road on May 7 followed by Santander in August, after a strategic review of the bank’s customer usage levels, lease agreements and costs revealed it was no longer viable.

A Co-Op Food spokesperson said: “The decision is not, in any way, a reflection on the commitment and hard work of the store team.

“Colleagues have been informed and every effort is being made to find alternative positions at nearby stores.”

Santander has echoed the commitment to find existing staff jobs elsewhere by looking to transfer them into branches close by or into other roles.

Russell Dryden, head of The Blue’s Business Improvement District, said: “It’s disgusting and shameful that these big companies and banks can just shut without much warning. It has a big impact on the high street.

“After so many years of them being here it is going to change the area. There is not a lot we can do. It is just how these companies treat their customers these days.

“We try to raise the profile of the area but it’s hard when these companies don’t care about their customers most of the time.”

Poundland is rumoured to be looking at replacing Co-Op Food but they declined to confirm whether this was true. A Poundland spokesperson said: “Poundland is currently considering the acquisition of new stores to add to those already opened this year. The stringent acquisition process ensures the new stores are positioned in the right location and fit our customer profile.

“Due to the popularity of Poundland’s product ranges, the organisation is keen not to raise anticipation for a new store before plans are finalised.”

Superdrug was also rumoured to be closing but they have informed the News that they have no plans to do so.