Tommy Blackmore remembered with plaque at The Blue in Bermondsey

Youngster was killed in an unprovoked attack 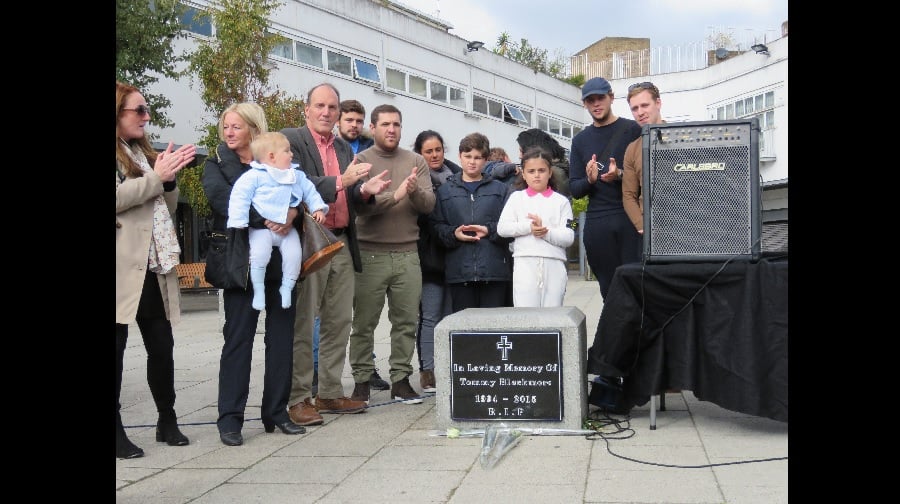 A tree and plaque in memory of Tommy Blackmore, who died in an unprovoked attack outside a nightclub last year, was unveiled last weekend in The Blue Marketplace in Southwark Park Road.

The event was attended by family, friends and members of the community who hope to see the tribute stay in the heart of the area for many years to come.

Tommy’s brother, Bradley, said: “I would like to thank councillor Anood Al-Samerai, Russell Dryden, Gary Glover, Simon Hughes, Southwark Council and everyone else for helping out and turning up.

“Legends have come through here and he is now one of them having a tree planted for him in Bermondsey.

“One of my friends said everyone has something that upsets someone but there was nothing with Tommy, apart from that he was more handsome than you.

“The amount of support since he passed away is unreal. It means so much.”

Simon Hughes, the former MP for Bermondsey and Old Southwark, said at the event: “Lots of you knew Tommy when he was small.

“I knew him when he was at school. He was always an inspiration to other people, with all the stuff he did for Millwall and charity or his mum.

“The way we lost him is the worst tragedy for Bermondsey. More people will come down here now and we should be grateful that this is here. When you go past just think of Tommy and his life.”

On the anniversary of Tommy’s death this year a park was opened in his name at Redriff Primary School in Rotherhithe, where his former teachers shared their memories of him.

Southwark NewsNewsTommy Blackmore remembered with plaque at The Blue in Bermondsey