The celebration took place on what would have been his 21st birthday. 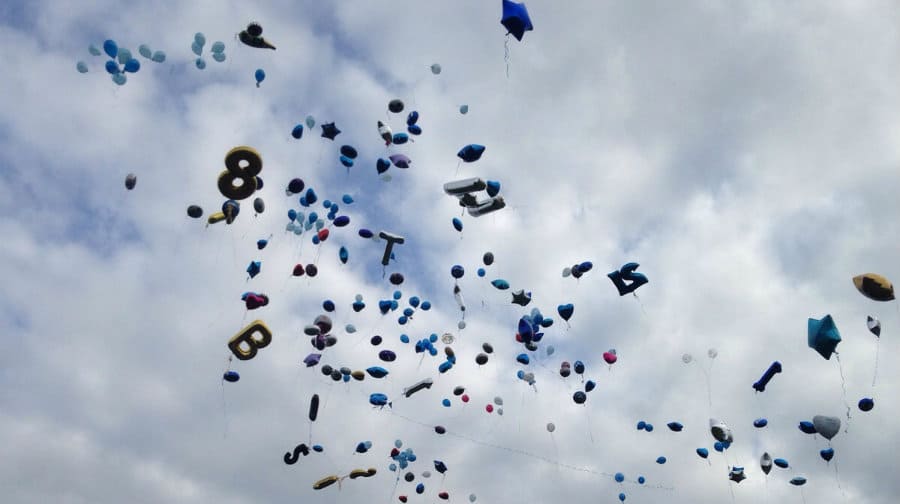 A memorial balloon release and charity auction was held last weekend on what would have been Tommy Blackmore’s 21st birthday.

The Bermondsey boy’s life was celebrated in spectacular fashion as hundreds of helium balloons were let off from the top of Stave Hill in Rotherhithe on Saturday.

Friends and family members cheered and sang songs about Tommy as the sky was filled with balloons, many of which were in the shape of ‘TB’ and ‘8’ – his initials and football shirt number.

Other balloon releases were held across the country by people who could not make it to Southwark in person, including some close family friends who let off balloons at a wedding.

A charity auction was held in the Orange Bull pub following the balloon release, which saw over £2,000 raised for Tommy’s Fund, which will help local causes. The most popular item was a signed Chelsea FC football which went for £410.

Tommy’s brother Micky said: “I would like to thank everyone around the world who participated in the balloon release and helped raise money for Tommy’s Fund.

“We’d also like to thank the Orange Bull pub, who stepped in to host the auction at late notice and really made us feel welcome.”

He said: “There were literally hundreds of balloons, it was incredible. Then at the auction everyone was so generous, it was crazy. Everyone just came through – there was one guy there who was bidding on just about everything.

“I hope Tommy would have been well chuffed and proud. I organised it but as I kept saying to people, you all participated, you all made this happen. It was a collective effort and an amazing celebration of Tommy’s life.”