'We have been blown away by the support Tony has received, and the support for Evelina London' - Paula Hudgell 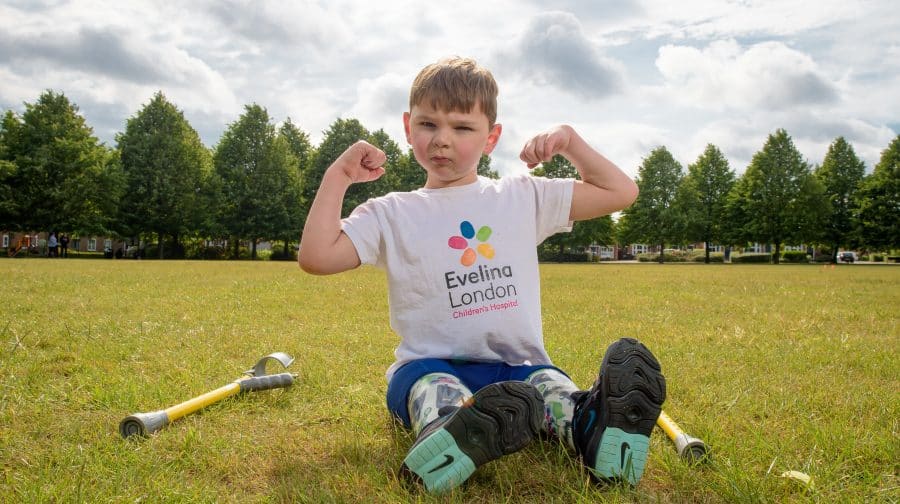 This week his name was in lights at Piccadilly Circus, thanks to a special message from all the team at Evelina overwhelmed by his courage and the public’s generosity. The brave five-year-old, who now lives with his adoptive family in Kent, was inspired by Captain Tom to raise funds for the hospital that saved his life as a baby.

When just weeks old Tony was in intensive care at Evelina after suffering harrowing abuse at the hands of his biological parents. He later had to have both legs amputated.

Tony set himself a challenge to walk ten kilometres throughout June while learning to use his new crutches and prosthetic legs.

Since the News first reported on Tony’s challenge, thousands have shared his story and sent messages of support, including the medics who cared for him when he was close to death.

As of Tuesday he had walked an incredible 8.3 kilometres and, including gift aid, surpassed the million mark on his JustGiving page. And, he’s even starting to have a go at running.

“We have been blown away by the support Tony has received, and the support for Evelina London,” said Tony’s mum Paula. “Thank you everyone.”