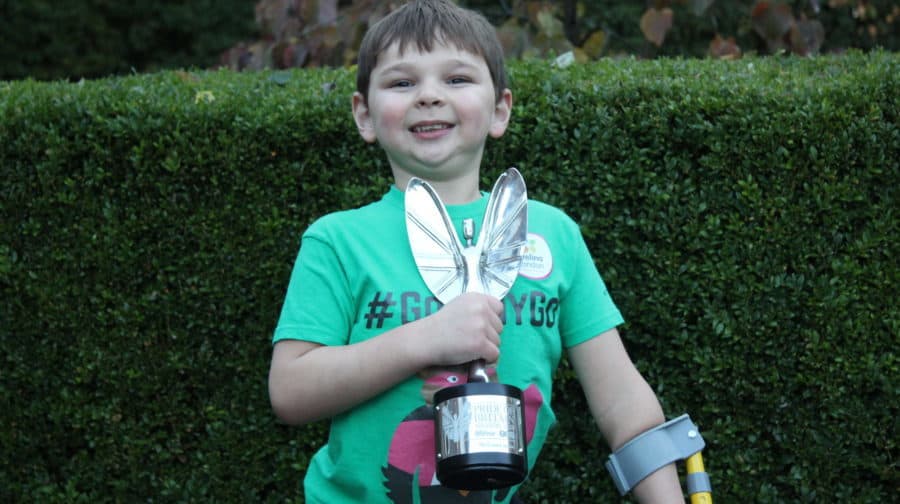 Tony with his award. Photo courtesy of Paula Hudgell and Evelina Hospital

A six-year-old boy who has raised more than a million for Evelina Children’s Hospital, where his life was saved as a baby, has won a Pride of Britain award.

Tony Hudgell, who had to have both legs amputated after being physically abused by his birth parents at just a few weeks old, was presented with the award by Ant and Dec last night (Sunday, November 2).

Readers will remember Tony’s incredible fundraising walk, where he set the challenge of walking ten kilometres in his new prosthetic legs throughout June, with the support of his adoptive parents.

Tony miraculously survived multiple fractures, dislocations, blunt trauma, multi-organ failure, toxic shock and sepsis as a baby – with medics saying he was seconds away from death.

The hospital has now announced that the money raised will be put toward a new, specialist therapy space for children with similarly complex needs. The Tony Hudgell therapy area will be inside a new hospital building, opening in 2026.

The money will also help fund equipment to help children having muscle and bone surgeries and treatment, and rehabilitation therapies for children during their recovery. 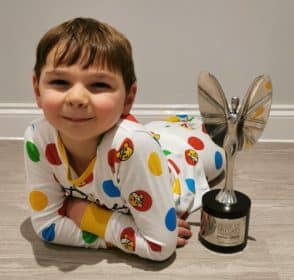 Tony’s adoptive mum Paula, 52, said: “We started the fundraiser to get Tony walking and to raise a bit of money for the hospital that means so much for us.

“Now a Pride of Britain award and £1.5 million pounds later we are completely lost for words.

“Tony knows it’s a wonderful achievement and he absolutely loves the trophy.

“To be given the award by his idols Ant and Dec really was the icing on the cake for him.

“It’s just wonderful to know that the impact of Tony’s determination will be felt by other families like ours for years to come,

“It is so wonderful that a little boy who fought so hard to survive with the help of the doctors and nurses that did so much for him can give something so meaningful back.”

“He is proof that even those with big setbacks in life can go to achieve incredible things.

“We are all so thankful that all of the money raised will go towards helping so many more children and families in the future.

“I know that the innovative new equipment we’re hoping to acquire will make such a huge difference to my patients.

“Tony has received support from across Evelina London and a huge team of healthcare professionals have been involved in his care.

“The rehabilitation team have been particularly important and have supported him to walk with his prosthetics.

“Every member of Tony’s care team has known for a long time that he is a very special and very brave and determined person, so a Pride of Britain Award is an extremely apt and well deserved honour.” 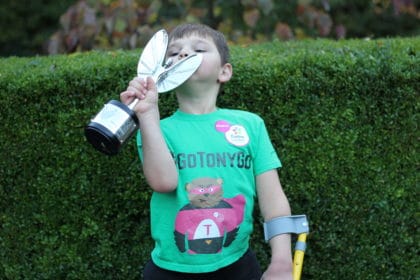