Too many domestic assaults go unreported, but extra training for specialist facial surgeons could change that, says new report

Facial injuries are a hallmark of domestic abuse 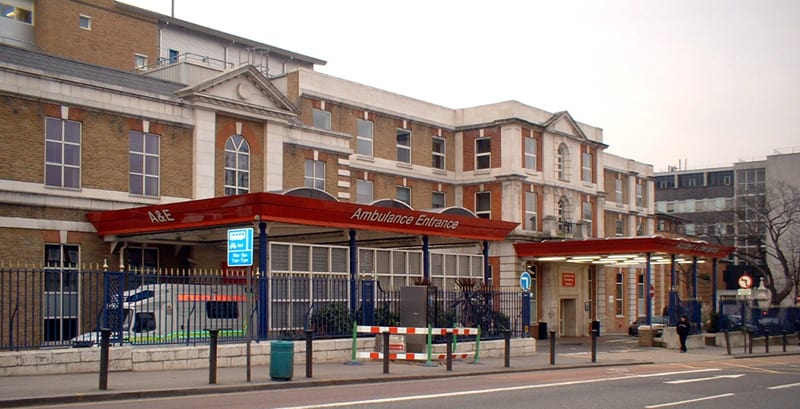 Research from the hospital’s team of oral and maxillofacial surgeons also points to a lack of confidence among staff in how to help victims access help – despite the fact facial injuries are a hallmark of these types of attacks. Kathy Fan, a leading consultant and facial surgeon at the Denmark Hill hospital, said the analysis shows how she and her colleagues were ideally placed in hospitals for screening for potential victims of abuse.

The study’s co-authors, who are members of British Association of Maxillofacial Surgeons, followed staff  over the course of eighteen months as they treated patients who had been assaulted in domestic incidents; the majority by a partner or ex-partner.

During this period, most staff surveyed said they only felt ‘somewhat confident’ in recognising that someone is suffering domestic abuse.

A review of their caseload found that facial surgeons at Denmark Hill treated fourteen women and four men who were known to have sustained their injuries as a result of domestic violence in that period.

The majority were women in the mid-20s and in 83 per cent of cases the assailant was said to be a current or ex-partner.  Fifteen patients were treated for lacerations to the face. Eight had been left with at least one fracture.

Most were punched or assaulted with knives or other common household objects, including lamps.  But there are likely many more who did not reveal the true cause of their injuries. The study’s co-author, Holly Boyes, said she realised the issue was not being confronted as well as it could be by staff when she found out one of her own patients had actually been assaulted by a partner, and not a stranger, as originally claimed.

The patient was being treated for a nasty cut above the eye, which had been initially explained as caused by a bottle thrown in a bar.

“I decided I should ask a little more about the injury  and that’s when the patient started crying and admitted it had been their ex-partner who threw the bottle,” Ms Boyes explained.

She says feeling uncomfortable approaching the subject at the time made her realise her colleagues probably had similar concerns.

“If it’s happening at King’s, then maxillofacial teams everywhere are missing the signs of domestic violence,” she added.

The staff survey found that the majority of staff – 23 out of a team of 35 – were only ‘somewhat confident’ in recognising when a patient may be a victim of domestic violence.

Although most were aware of the trust’s pathway for referring victims, not all were not familiar with this process.

When it came to whether they felt confident asking a patient about potential abuse, half said they were ‘somewhat confident’ with a significant proportion selecting ‘not so confident’.

The researchers believe their findings show that many cases of domestic violence, especially with relatively minor facial injuries, are not being picked up by medics – especially if patients were only seen in A&E and not referred for further treatment.

King’s has a Victim Support team on site, and it is hoped this research will help inform further specialist training for facial surgeons who already deal with some of the most visible and psychologically traumatic injuries seen at the hospital.

“We know through our work just how vital healthcare professionals are in identifying and referring domestic abuse survivors for specialist support.

“The British Association of Maxillofacial Surgeons is right to advocate for increased training, so that staff can feel confident asking and acting on signs of domestic abuse, particularly in difficult situations such as when children or a partner is present.”

The new research is particularly pertinent given warnings that domestic abuse incidents are rising during the nationwide lockdown and social distancing measures brought in to prevent the spread of COVID-19.

Solace Women’s Aid, which provides support services in Southwark, said high numbers of women were contacting them fearful of what weeks in isolation with their abusers would bring.

If you are in immediate danger call 999 pic.twitter.com/kOjDbW7kb9

All images courtesy of BAOMS and Solace Women’s Aid.