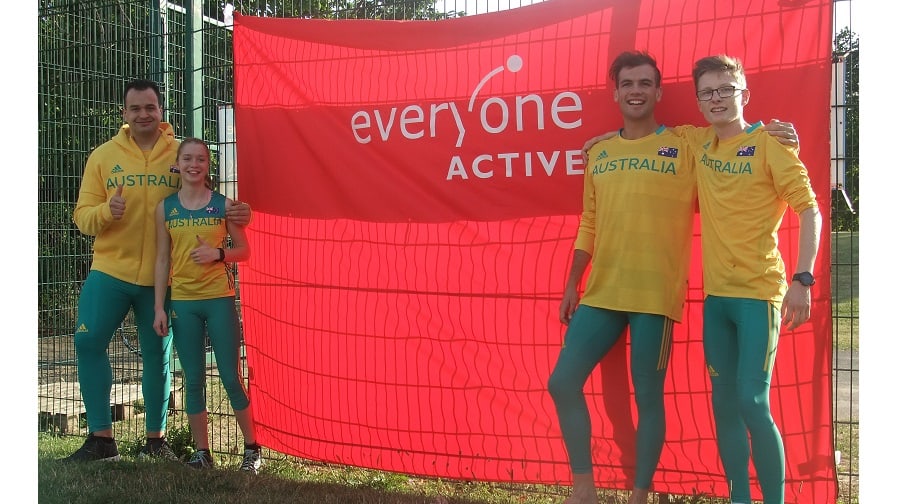 The park’s recently refurbished athletics track, Southwark Athletics Centre, is being used by the Aussie Paralympics team as their base while the World Para-Championships takes place in Stratford.

The team includes Todd Hodgetts, who won gold in shot put at London 2012 as well as Isis Holt who was double silver medalist at Rio last year and won gold in the T35 200m last night. Her 100m race was on Tuesday.

The Southwark Athletics Centre, which is run by Everyone Active on behalf of Southwark Council, last week hosted athletes from other countries around the globe in preparation for the World Para-Championships which is taking place July 14 to 23.

Competitors from Europe, Asia, North and South America were out in force at the track to practice ahead of the event.

The Australian team will be using the track as a base camp for their training and preparation throughout the duration of the ten-day competition, which is taking place at London’s Queen Elizabeth Olympic Park.

“This is the biggest global sporting event of the year and we were excited to welcome athletes to our centre,” says Everyone Active general manager, Paul Bew. “We hope that by Southwark Athletics Centre acting as a training facility to Australian Paralympians, that we might attract more members of the community who live with disabilities but want to engage in athletic pursuits.”

Cllr Barrie Hargrove, Southwark Council’s cabinet member for communities and safety, said: “Southwark is committed to the legacy of the London 2012 Olympics and we are very proud of our new athletics track, which we use to help inspire young and potential athletes in the borough.

“The Southwark Park Athletics Track is for the whole community but it speaks volumes that so many professional athletes are also training here and we have been very pleased to welcome the Australian team.

The public are free to go to the Southwark Athletics Centre, located in Southwark Park, to watch the Australian Paralympian team train. They will be training at the Centre for the duration of the Championships, which concludes on July 23.