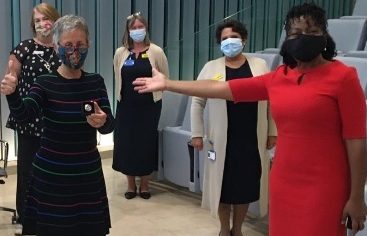 Two midwives from King’s were given top awards for providing outstanding care and improvements for women and their babies.

Consultant Midwife Jill, who received the Gold award, was recognised for addressing health inequalities and improving access to healthcare for the most vulnerable women in south London.

Jill’s work has had a direct impact on changing health policy and improving care. She has been a key figure in putting in place what is called ‘continuity of care’ – which means women have the same group of midwives supporting them throughout their pregnancy, labour and after.

This model, established at King’s College Hospital, has been used as an example followed by other trusts.

Tracey MacCormack, head of midwifery at King’s College Hospital, said: “Jill’s extraordinary contribution has given a voice to the most marginalised groups of women in society.

“She has influenced so many midwives and student midwives who have worked alongside her.

“Jill’s contribution has changed national guidance for the benefit of women and their families.

“She is an unassuming leader, extremely gracious, an expert in her subject, an excellent role model and an absolute asset to maternity services for vulnerable women in south London.” 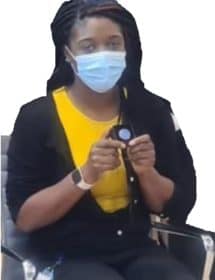 Mary Dehinbo with her award

Mary Dehinbo, newly appointed consultant midwife, was presented with the Silver award for making positive changes to the labour ward whilst on secondment.

She was instrumental in setting up a telephone assessment line, which improved the triage process for women in labour calling the department. This also freed up time for midwives to provide care on the ward.

Mary has also implemented wireless fetal monitoring, which has improved the standard of care for women.

Tracey MacCormack added, “During Mary’s secondment to a specialist role covering a Consultant Midwife’s post, she made many positive changes on the labour ward, whilst providing support not only for the women in her care but also others on the ward.”

Professor Jacqueline Dunkley-Bent, who presented the awards, said, “The Chief Midwifery Officer Awards celebrate the ways that staff have gone above and beyond to improve care for women and their babies, as well as their contribution to the profession of midwifery as a whole.

“I was extremely proud to hear about the amazing work that has taken place and honoured to have the opportunity to present these awards.”