The construction contractor Kier Group also provided work experience placements for some of the school's 500 students. 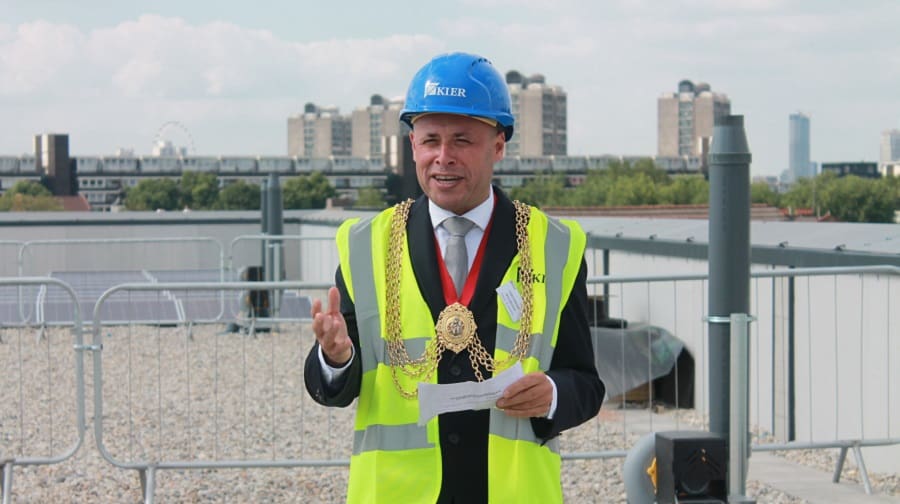 The Mayor of Lambeth, Councillor Christopher Wellbelove, laid the final paving on the roof of Saint Gabriel’s College (SGC) for a topping out ceremony on June 28.

Topping out refers to the ritual of adding the last beam or piece of the structure to a building, and Saint Gabriel’s College also had Father Mark Williams, Vicar of St John the Divine Kennington and Vice Chair of Governors bless the building at the event. The Head Boy and Head Girl read poetry afterwards.

The secondary school between Camberwell and Oval, has around 500 students. The new building for Saint Gabriel’s College was in planning for eight years, before it was approved in 2015.

Construction began in September of 2016, and the building should be ready for use by the end of the year.

“I’m delighted to mark this significant milestone in the completion of Saint Gabriel’s College,” said the Mayor. “I look forward to visiting again once the school is in occupation to see the excellent facilities here in full use.” The £23.9 million building was overseen and funded Education and Skills Funding Agency, and the project itself was undertaken by the construction company Kier Group, who have also provided work experience placements to Saint Gabriel’s students.