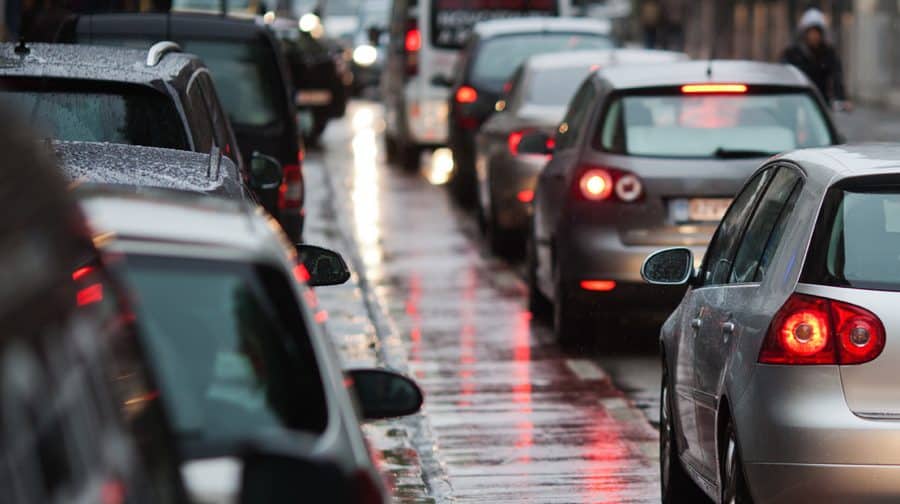 More than 100 groups have backed an open letter to the government calling for the Environment Bill, currently going through parliament, to enshrine World Health Organisation air quality guidelines.

Mums for Lungs, who set up in south London in 2017, are leading the campaign.

They want the government to set legally binding air quality targets, and also urge environment secretary George Eustice to push for more public transport spending to help people move away from reliance on cars. A key demand is for regulators to be ‘truly independent’ and hold the government to account when limits are exceeded.

Jane Dutton, from Mums for Lungs, said: “We urgently need more action from the government on air pollution.

“This is not just a London problem, millions of people across the UK are breathing unsafe levels of air.

“The World Health Organisation have said that there is no safe level of air pollution – and that’s why we’re calling on the government to be ambitious with setting a target now for WHO limits of PM2.5 in the Environment Bill.

“We also need to see a shift in spending priorities, for instance proper investment in public transport across the country.

“This would provide a much-needed shift towards more sustainable options, allowing people to rely less on their cars and contribute to cleaning up our air.”

The true health impact of dirty air is still not fully understood. Along with causing over 9,000 deaths per year in London, the most recent research has linked air pollution particles in young people’s brains to far wider ranging health issues than just lung problems. Diseases now linked to pollution include Alzheimer’s, Parkinson’s disease, and motor neurone disease. Research also shows a link with miscarriage.

Some of Southwark’s roads are the worst polluted, and most dangerous to health, in London.  Yesterday (Wednesday, December 16), air pollution on a section of the South Circular in Lewisham was ruled by a Coroner as a cause of the death of nine-year-old Ella Kissi-Debrah.  The landmark case is the first time toxic air has been recorded as a cause of death in the UK.

As we reported last year, 44 locations in Southwark failed air quality targets in 2017 with two – Tower Bridge Road and Peckham High Street – being among the top ten most polluted in the city.

Although many schools have taken action to reduce exposure to pupils with initiatives such as protective ‘green screens’ of plants to naturally filter out dangerous particles, and the council has pushed ahead with its low emissions neighbourhoods and ‘school streets’ to encourage more walking and cycling, there are concerns many parents are simply unaware of the dangers posed by dirty air.

Mums for Lungs campaigners believe Coronavirus could set a precedent for more investment into nationwide health campaigns focused on pollution and its dangers.

“We have recently seen what the government is willing to do in a health emergency, and what innovation in the face of a respiratory pandemic can look like,” the letter explains.

“We urge you now to look beyond the current situation, to see that setting targets now will put us on the path to a healthier, richer future for generations to come.”