Tower Bridge attack: Police appeal to find youths wanted in connection with an attack that has left man with facial scars 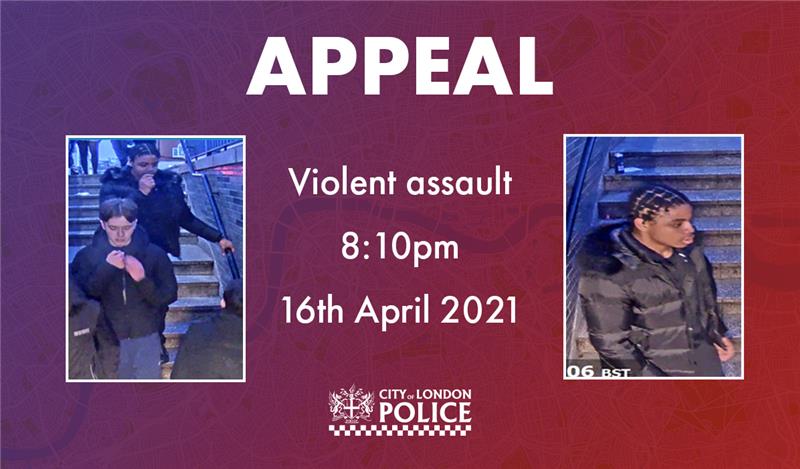 Police are calling for help identifying two youths who they believe may have been involved in a group that launched a “vicious” attack on a man on Tower Bridge last month.

The man was left with facial injuries after the attack by a group of three young men on April 16 at 8.10pm on the north side of the bridge.

City of London police said the three young men ran off after the alleged attack in the direction of Potters Fields Park, a popular park by Tower Bridge that has seen several disturbances in recent months.

Police Constable Ben Taylor said: “This was an appalling and vicious attack and we need to find the men who committed this unprovoked assault.   We are appealing to anyone who may have information that could assist us in identifying these men, to contact us.”

Anyone with information about the identity of these men, or CCTV or Dashcam footage from the bridge or area at the time of the incident, should call 101, quoting reference 21* 208835  or Tower Bridge assault ref PC480.

Alternatively, you can contact the independent charity Crimestoppers, anonymously, via their website or by calling 0800 555 111, quoting the same reference.

Southwark NewsNewsTower Bridge attack: Police appeal to find youths wanted in connection with an attack that has left man with facial scars