Tower Bridge comes down again after afternoon of chaos

The reason for the bridge getting stuck open is still unclear 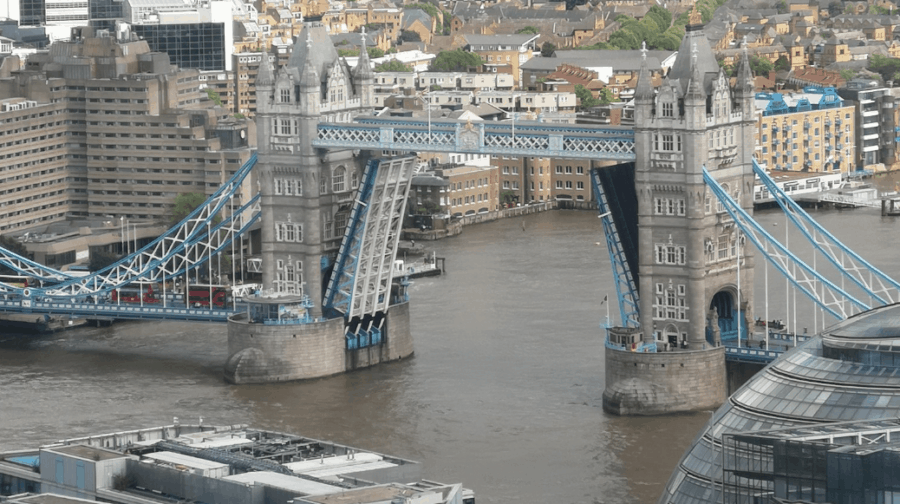 Tower Bridge was stuck open on Monday afternoon (August 9), leaving pedestrians and traffic frustrated and unable to cross over.

The bridge had been due to open earlier in the afternoon for the sailing boat the SV Tenacious to pass through and did not close afterwards. It was closed by Tuesday morning.

A spokesperson for the City of London Corporation, which manages the bridge along with several others in London, said it was unclear what the problem was – other than some kind of technical issue.

An investigation into the cause is underway, they told the News.

The spokesperson confirmed on Tuesday morning (August 10): “Tower Bridge has now reopened to road users and pedestrians. We apologise for any inconvenience caused by the technical fault yesterday.”

Despite the inconvenience caused by the bridge being stuck open, some people on social media seemed to take it in their stride.

One woman said: “Tower Bridge is currently experiencing a technical fault and the bridge is stuck open.

“Slight pause to my walk Nurses Active but it was cool to see the bridge open for the first time in my life!”

Southwark NewsNewsTower Bridge comes down again after afternoon of chaos