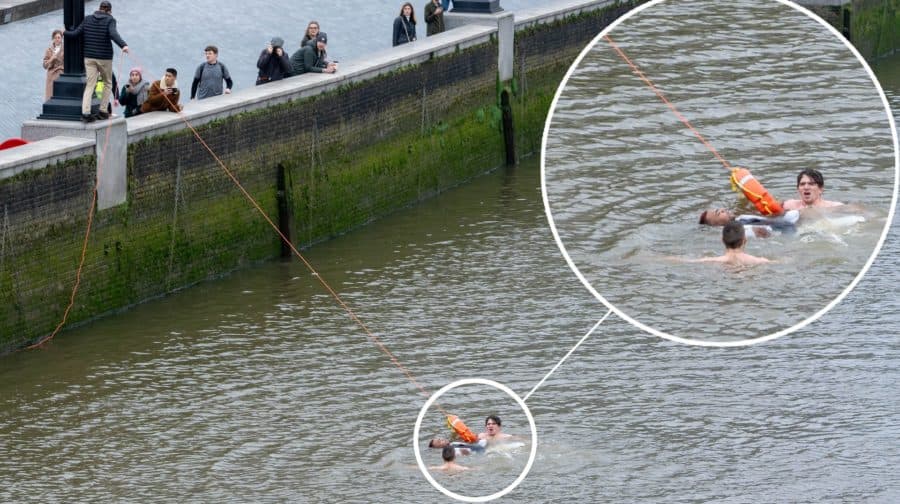 Two heroic members of the public jumped into the river to rescue the man (Image: Níels Hermannsson)

Police have launched an investigation after a man jumped off Tower Bridge into the Thames in a dangerous video stunt.

City of London Police said the 27-year-old jumped off the bridge into the Thames as “part of an online video” shortly before noon yesterday.

He did not suffer any injuries. Witnesses said two heroes jumped into the river to rescue the man.

“The man jumped into the river as part of an online video. He managed to safely get out of the river and didn’t suffer any injuries,” said police.

“The force has opened an investigation and are currently looking into the incident.”

Witnesses praised the actions of those who jumped into the river to help, while slamming the “idiot” who jumped from Tower Bridge as part of a video. 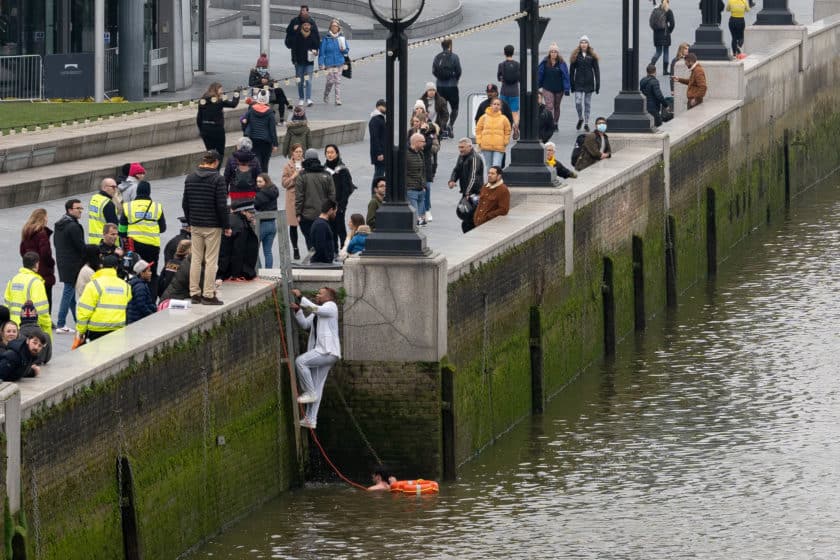 The jumper can be seen climbing out the river (Image: Níels Hermannsson)

One of the men who said he jumped in to help, Tobias Green, said on social media: “Can confirm that both of us who jumped in to help the bloke are safe and have just been medically cleared at St Thomas’ Hospital.”

Pictures show two passers-by helping the man who jumped into the river.

Witnesses slammed the man who jumped as an ‘idiot’.