£1 Admission to Southwark residents with ID 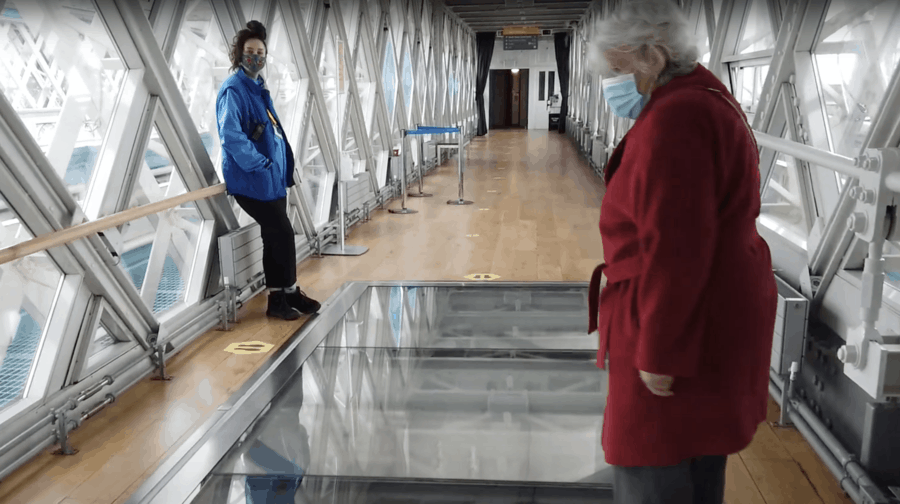 Watching the bridge open through the glass floor

Tower Bridge is open. And, yes, that is exactly what it was built to do – open and allow ships to get further up the River Thames and into the Pool of London to load and unload cargo. But now, after a long time closed, it is once again open to visitors, writes Michael Holland.

Tower Bridge is one of the world’s most iconic, most recognised and most photographed landmark, but with Covid-19 decimating the population as well as devastating the tourist industry, the past year has been tough.

Now, however, with strict Covid safety in place, Tower Bridge has opened its doors for people to learn everything to do with the bridge, about those who designed and built it, and those who worked on it. Or just to walk across the famous walkways between the two towers. 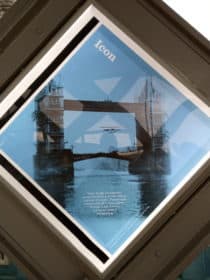 A piece of history on the tour

I visited with my mum who, although born and bred within sight of the bridge, has never been inside. In fact, she revealed that she did not even know you could visit. Her looks of amazement and astonishment were a joy to behold, and I could sense her excitement as we made our way over from the Bermondsey side to reach the exhibition entrance in the north tower; she was moving much faster than her 89 years usually allows and she didn’t even need to stop for breath.

Once inside we were taken up in the lift, greeted at the top and introduced to a short film about the day to day work that is involved in keeping this famous attraction up and running. All the staff were extremely knowledgeable about the history and running of the bridge.

Soon the alarm bell was ringing and the visitors quickly made their way along the walkway. But this was no emergency, this was the signal that the bridge was opening to let a sailing boat through. As we reached the glass floor we could see the gates being closed to stop the flow of traffic below. Once the bridge was clear of cars and pedestrians we watched the bascules rise, seemingly within touching distance of where we now stood looking down.

It wasn’t long before the boat made its way through, with many on board waving out to us on the bridge, and once safely on the other side, the bascules were lowered. It was an exciting spectacle.

Moving on, there was information about the architects, and the bridge’s history, with many places along the tour to stop and take in marvellous views of London. When we had had our fill we took the lift down and followed the blue line, replete with plaques commemorating former workers, until we arrived at the Engine Rooms. And this truly was the heart of Tower Bridge. Huge, shiny monsters of Victorian engineering rattled and rolled just like they did when the bridge was constantly opening and closing. Now they are just for show as the steam that powered the bridge lifts was changed to oil and electricity in the 1970s. Even so, these are beautiful to see.

All in all, visiting Tower Bridge is a wonderful experience. You can even check the times of the bridge lifts in advance when you make your booking: https://www.tower