The pair who had been working inside Tower Tandoori tried to stop the victim's bleeding, while two cab passengers called an ambulance 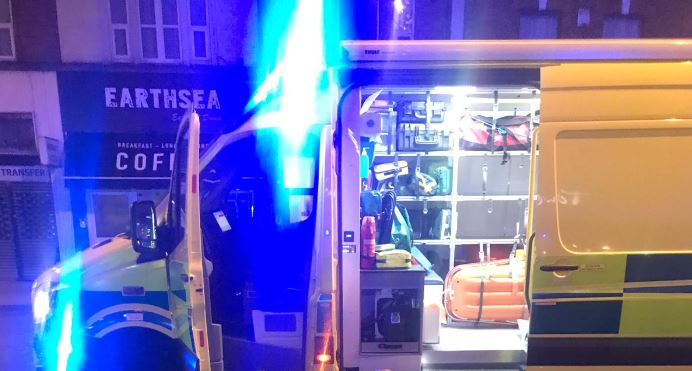 A Bermondsey restaurant owner and a decorator rushed to the aid of a stabbed 37-year-old man on Tower Bridge Road in the early hours of Sunday morning.

The victim suffered life-changing injuries in the knife attack around 2am, but was assisted by heroic strangers, including the manager of the Indian restaurant he collapsed outside.

“We looked outside and we saw this guy, he was shouting and swearing at a minicab,” said Suhel Ahmed, who runs Tower Tandoori.

“He was trying to hail a cab, I thought. But within a matter of seconds he collapsed on the floor.”

Mr Ahmed had been working inside the restaurant on DIY with a decorator when the pair noticed the victim outside, he said.

The two men rushed outside to the man’s aid, finding him suffering from two knife wounds on the left-side of his chest and his stomach.

“He was bleeding quite heavily, and he kept saying I can’t breathe,” said the restaurateur. The man reportedly collapsed as a result of his stab injuries on Tower Bridge Road in the early hours of Sunday morning (Image: Google Maps)

The 31-year-old went back inside the restaurant to get some tissue, which the decorator, called Valentin, used to help staunch the man’s bleeding.

“We put some tissue on the wounds and put pressure on it,” said Mr Ahmed.

“There were two women inside the cab, and they called the ambulance,” added the local businessman, although he called the emergency services again to make sure they were on their way.

“He didn’t get stabbed there [on Tower Bridge Road], he probably got stabbed on Grange Road. It all happened quite quickly.”

Police said they were called to reports of the stabbed man at around 2.15am. Medics took over from bystanders to treat the man on the street before taking him to hospital.

No arrests have yet been made, police said last night, and their inquiries continue.

Anyone with information can contact the authorities on 101 quoting CAD 1055/14July.