TOWER BRIDGE SET TO CLOSE ON SATURDAY – FOR THREE MONTHS!

"The closure of Tower Bridge is just going to add more chaos to the existing gridlock," says Lib Dem councillor 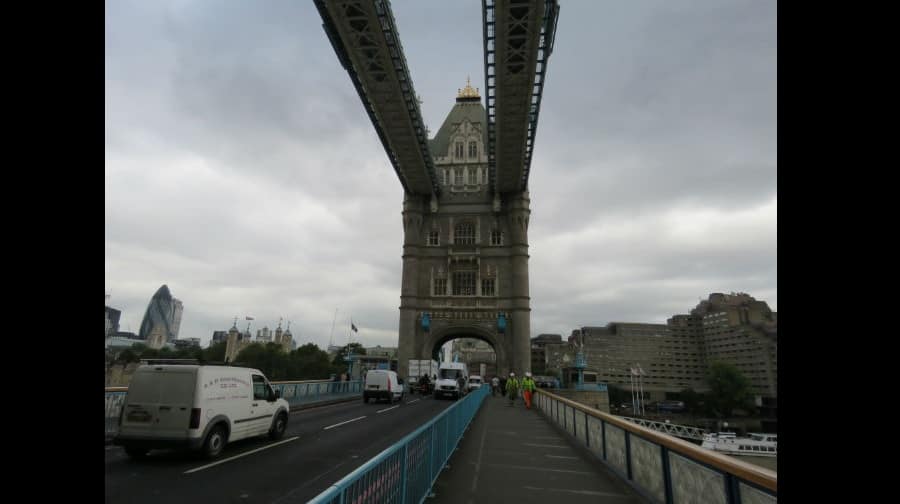 Tower Bridge will shut to traffic for three months on Saturday, to the dismay of Bermondsey taxi drivers and residents.

The closure is for “essential works” to be carried out on the 122-year-old bridge, which will also see it shut to pedestrians for three weekends.

The plan is a joint venture between the City of London Corporation, which owns the bridge, and TfL.

But as the works coincide with the partial closure of Tooley Street and amid the ongoing congestion of Jamaica Road, concerns have been raised over how much it will impact the community.

Abdul, a taxi driver from Bermondsey, said: “It will be absolutely terrible for the local community and cab drivers.

“If there’s an accident in the Rotherhithe tunnel we will have to just go home. Jamaica Road is congested enough as it is. It’s going to be at a standstill.”

During the closure a signed diversion will be in place taking drivers northbound over London Bridge and southbound over Southwark Bridge. Three London Bus routes that use Tower Bridge (42, 78 and RV1) will be affected.

TfL has put a range of measures to help minimise disruption during works, including:

Despite the measures, Jean Davies, Chair of the Bermondsey Street TRA, said that TfL weren’t taking into account the “elderly residents who live in area who rely on buses to get around”.

Tower Bridge was last refurbished in the 1970s and the iconic structure now requires re-decking of the lifting bascules, new expansion joints, waterproofing of the viaduct arches and resurfacing.

Councillor Anood Al-Samerai, leader of the Southwark Liberal Democrats, said: “We are pleased that TfL are looking at our suggestions to improve the Rotherhithe Tunnel roundabout and to put in yellow boxes at various junctions.

“However, the closure of Tower Bridge is just going to add more chaos to the existing gridlock and should not have been done until Tooley Street was re-opened and Jamaica Road improved.

“The council and TfL must monitor the impact of this closure very carefully and be prepared to step in if our fears are realised.”

Leon Daniels, Managing Director of Surface Transport at TfL, said: “The City of London’s decision to close Tower Bridge for this work will avoid the risk of any further unplanned closures for emergency repairs.

“We do understand concerns about this taking place at the same time as Network Rail’s work on Tooley Street.

“However, our analysis has shown that combining the works will make only a small difference in disruption, whereas to do both separately would see road users face disruption continuously until late 2018.”

Chris Hayward, Chairman of the Planning and Transport Committee at the City of London Corporation, said: “We will use this time to repair, refurbish, and upgrade London’s most iconic bridge, which has gone without significant engineering works for more than thirty-five years.

“We recognise that these works may cause some frustration to residents and commuters, but these vital works really do need to take place.”