Traffic chaos after lorry gets stuck on Goose Green roundabout 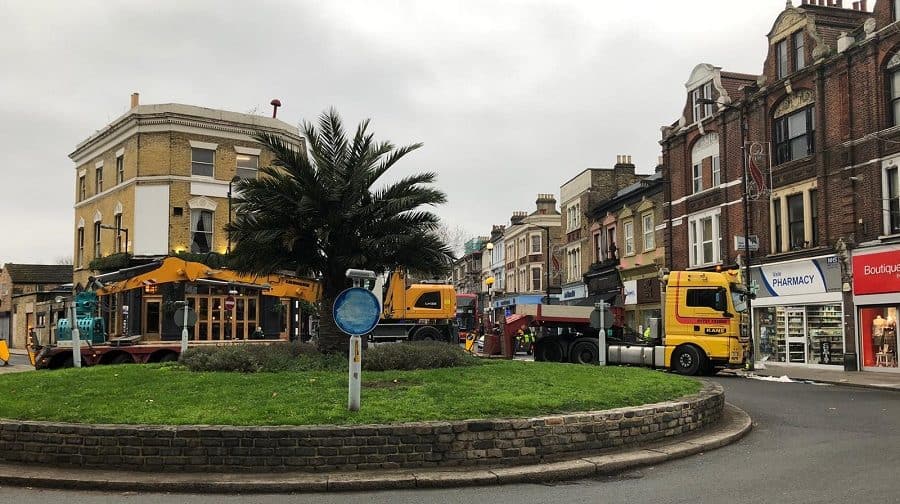 Lordship Lane came to a standstill on Monday after an articulated lorry got stuck during an ambitious attempt at navigating Goose Green’s mini roundabout.

Baffled drivers took to the streets to photograph the incident, wondering why its driver attempted the tricky manoeuvre.

We are currently dealing with a large diesel spread and blocked lorry on Lordship Lane SE22! Please avoid the area as the road is completely closed! pic.twitter.com/hCj0SbrpFu

Luckily emergency services came to the rescue and the road was re-opened later the same day.