Traffic “hell” at Elephant and Castle

The new design of the roundabout has caused rush hour chaos. 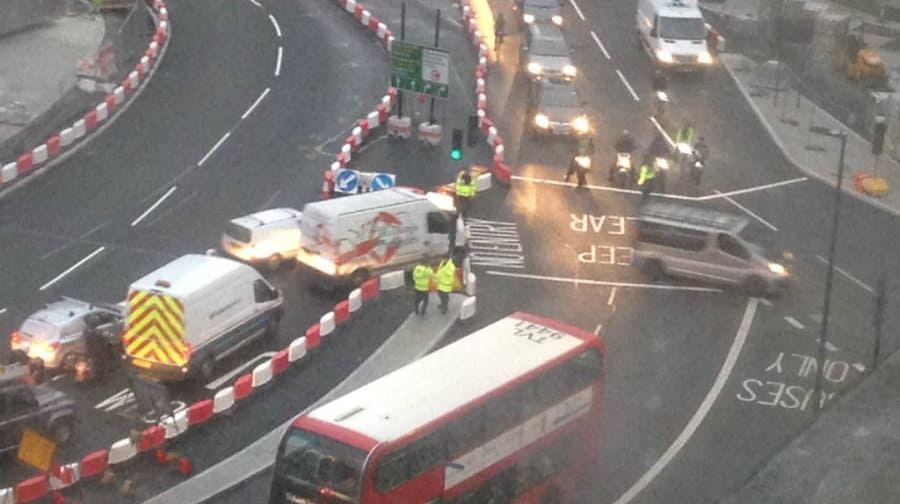 The new two-way layout at the Elephant and Castle roundabout caused traffic “hell” for commuters this morning, with drivers being warned to add another hour to planned journeys.

The new system was launched today after weeks of roadworks – though commuters say that the area’s infamous traffic problems are as bad as ever.

One Twitter user posted: “Shock horror! All approaches to Elephant and Castle worse than ever. Only TfL could spend millions and millions to make something worse!”

Another added: “Delays around Elephant and Castle even worse today. If this was the tube there would be outcry. Commuters use buses too!”

Other commuters described seeing passengers abandoning static buses “as though escaping a disaster.”

Transport for London is warning of “serious delays” to their bus service in the area.

Leon Daniels, Managing Director of Surface Transport, at TfL said: “The return of two-way traffic to Elephant and Castle after 50 years will help rejuvenate an area in which homes, shops, a university and church were all cut-off by an ‘urban motorway’ of busy traffic. We are creating an attractive peninsula and safer roads for drivers, cyclists and pedestrians that will help transform this area into a place people want to be.

“However, as with any change it may take a little bit of time for people to get used to, and we have travel ambassadors and police at the junction to help drivers get accustomed to the new layout.”